To score an ippon, one has to throw other on his back with impetus and control. However, if the throwing is done with lesser force then it results in a waza-ari. An ippon or two waza-ari is sufficient to win the match. If the contestant gets successful in throwing his counterpart side wise then, he/she will be awarded with a yuko. This yuko has no effect until the match ends in tie. 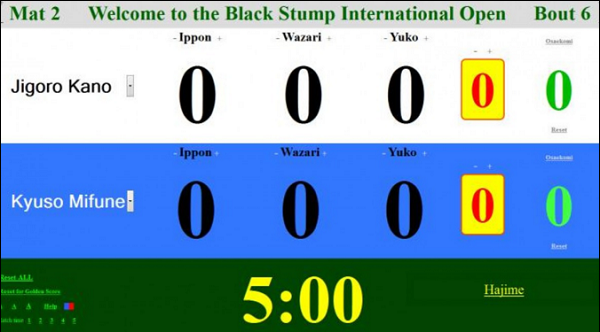 At the end of the match, if the scores result in a tie, then golden score rule applies. In this rule, the clock is reset to the match time and the first contestant to get any score is declared as winner.

One full point in judo is otherwise termed as Ippon. The competitor who gets awarded with one full point or Ippon is declared as the winner of the match. To the contrary a half point is termed as Waza-ari. When two half points are awarded in a match, then it is equivalent to Ippon and the match comes to an end.