RMI stands for Remote Method Invocation. It is a mechanism that allows an object residing in one system (JVM) to access/invoke an object running on another JVM.

RMI is used to build distributed applications; it provides remote communication between Java programs. It is provided in the package java.rmi.

Architecture of an RMI Application

The following diagram shows the architecture of an RMI application. 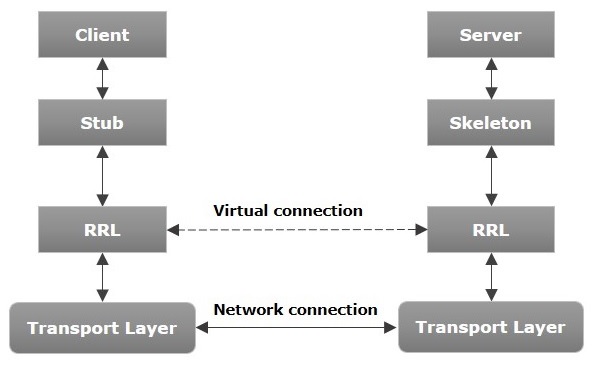 Let us now discuss the components of this architecture.

Working of an RMI Application

The following points summarize how an RMI application works −

At the server side, the packed parameters are unbundled and then the required method is invoked. This process is known as unmarshalling.

RMI registry is a namespace on which all server objects are placed. Each time the server creates an object, it registers this object with the RMIregistry (using bind() or reBind() methods). These are registered using a unique name known as bind name.

To invoke a remote object, the client needs a reference of that object. At that time, the client fetches the object from the registry using its bind name (using lookup() method). 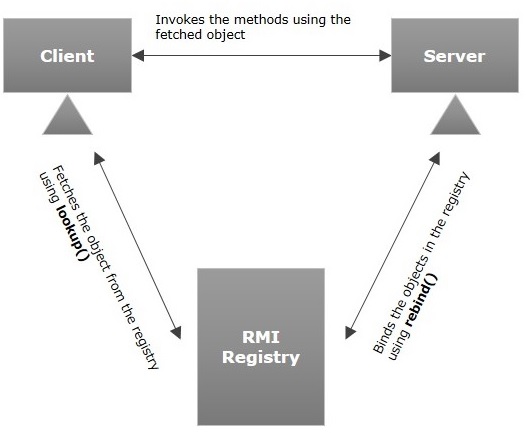 Following are the goals of RMI −