Interfaces and inheritance in Java Programming

There are various types of inheritance as demonstrated below. 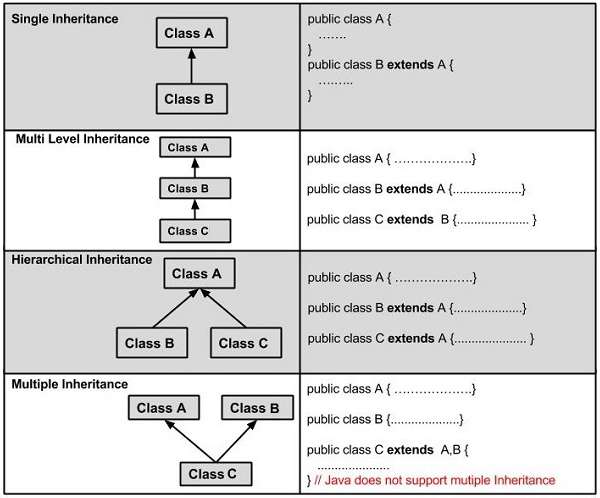 A very important fact to remember is that Java does not support multiple inheritance. This means that a class cannot extend more than one class. Therefore following is illegal −

For example, if the Hockey interface extended both Sports and Event, it would be declared as -