In which year did the first war of Indian Independence take place?

India's first war of independence, also known as the Indian Rebellion of 1857, began on 10th May 1857. The first legend who sacrificed his life for this revolt was Mangal Pandey. 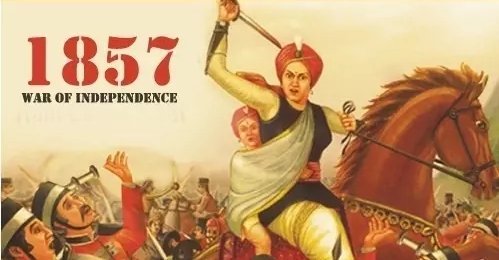 The rebellion of 1857 is considered the first blow that came to shatter the British rule in India and get independence. Some other leaders and rebellions involved are Rani Lakshmibai, Kunwar Singh, Bahadur Shah, Nana Saheb and many more.

The war of independence was concluded as a period of rebellions in northern and central India against British power in 1857–1858. According to the British, it was known as the Indian Mutiny or the Sepoy Mutiny, which was acknowledged to be the first-ever united rebellion against colonial rule in India.