How to use diff Command in Linux

The Linux operating system is based on a robust set of command line tools that allow users to easily manage and control the system. One of the most powerful and widely used command line utilities is the "diff" command. The "diff" command in Linux is used to compare the contents of two files line by line and show the difference between them. This command-line utility is essential for developers and system administrators to identify changes to code or configuration files. In this article, we'll take a closer look at the diff command and its various options and usage scenarios. We'll also provide easy-to-follow examples to help you understand how to use the diff command effectively.

The most basic use of the diff command is to compare the contents of two files. The syntax of this command is as follows −

For example, suppose we have two files named "file1.txt" and "file2.txt" in our current directory. We can compare the contents of these two files by running the following command −

The command output will show any differences between the two files, with lines unique to each file preceded by "+" or "-". In this example, the second line of "file2.txt" has been modified, as indicated by the "c" at the beginning of the output.

The diff command can also be used to compare the contents of two directories. The syntax of this command is as follows −

For example, suppose we have two files named "file1.txt" and "file2.txt" in our current directory, with “file2.txt” having extra whitespace.

In this example, the output is blank, indicating that there is no difference between the two files ignoring the whitespace changes.

The diff command can also be used to compare files in a specific format. The "--strip-trailing-cr" option can be used to ignore carriage returns at the end of lines. For example, suppose you have two files named "file1.txt" and "file2.txt" in the current directory, and “file2.txt” has an extra carriage return at the end of each line.

In this example, the output is blank, indicating that there is no difference between the two files ignoring carriage returns at the end of each line.

It is important to understand how to interpret the output of the diff command. The output consists of lines starting with "<" for the first file and ">" for the second file, line numbers corresponding to each file, and special symbols indicating how to change the first file to match the second file . such as "a" to add, "c" to change, and "d" to delete).

The "-c" option can also be used to display the differences between files as a context, by displaying several lines of context around the lines that differ. This can make it easier to understand the changes made between the two files.

The diff command is a powerful tool for comparing the contents of two files or directories in Linux. It can be used to identify differences between files, ignore whitespace changes, and compare files in specific formats. With the various options available, the diff command can be customized to fit a wide range of use cases, making it an essential tool for developers and system administrators. 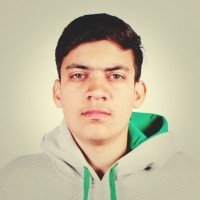