How to create an Animated Art on Your Linux Terminal?

Using the characters like - , / or | and many other from the keyboard, we can create animation characters. These characters can be static as well as moving in the screen. All this involves programming using shell scripting. These scripts are bundled into libraries or packages which can be installed in the terminal. Below we will see the examples of these animations.

This package produces a train animation when run from the terminal. But first we install it and then simple type sl in the terminal.

We can create an animation of the castle by using the below command. In this url, you will also find a host of many other animated files. 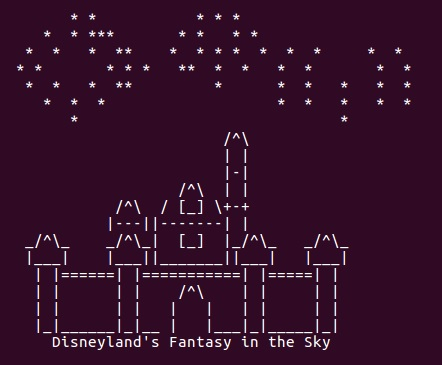 We can also use a simple command line utility called figlet to get various ASCII text. First we have to install it, then we run it using various options along with giving the text that we want to animate.