How Do You Define Bandwidth and Throughput in Wireless Communications?

In communications, bandwidth is measured in the unit kHz (kilo Hertz), MHz (Mega Hertz), GHz (Giga Hertz) and so on. Throughput is also a quality-of-service parameter and is specified in the same units as bandwidth.

What is the definition of Bandwidth in Wireless Communications?

How would you define throughput in wireless communications?

Throughput refers to the amount of data flowing down a network at any given unit of time. While bandwidth specifies the net achievable link speed, throughput is the actual link speed as seen in real time scenarios.

Example 1 of bandwidth and throughput

Let us understand the concept of bandwidth with an example of box. Suppose you have a 4''x 4'' x 4'' box that can roughly accommodate 12 tennis balls. If you want to accommodate seven more balls to make the count 19, you may have to use a bigger box. A bigger box implies more balls can be accommodated. Balls in this context can be mapped to the subscribers and the box to the bandwidth.

Having a wider bandwidth enables more users/subscribers to access the network at the same time with lesser traffic or congestion than with lower bandwidth.

Example 2 of bandwidth and throughput

Let us look at another example of door. Let there be a door that lets only two people to get through at any given point of time. When we replace the narrow door with a wider one, more number of people can pass through. This 'pass-through percentage' is termed 'throughput'. 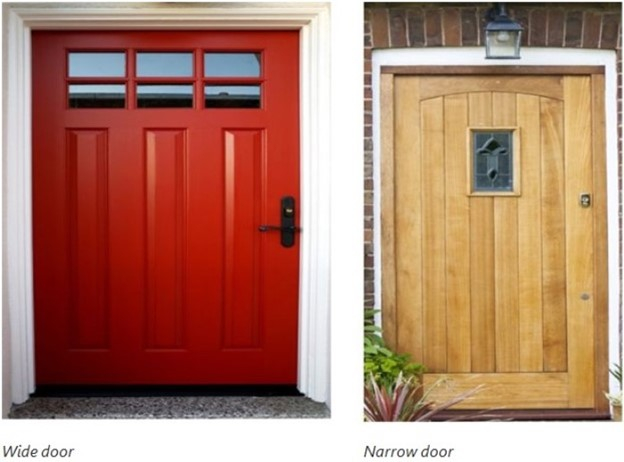 If the bandwidth of the system is 1 Mbps and at 500 kilobits flow down the network per second, we can say that the throughput is 50% of bandwidth.