In cellular communications, the handoff is the process of transferring an active call or data session from one cell in a cellular network or from one channel to another. In satellite communications, it is the process of transferring control from one earth station to another. Handoff is necessary for preventing loss of interruption of service to a caller or a data session user. Handoff is also called handover. 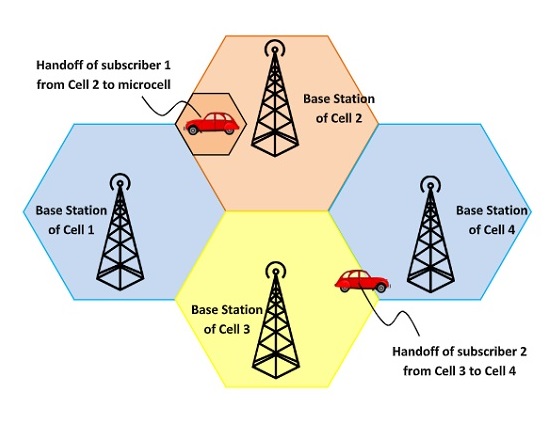 Handoffs are triggered in any of the following situations −

There are two types of handoffs − 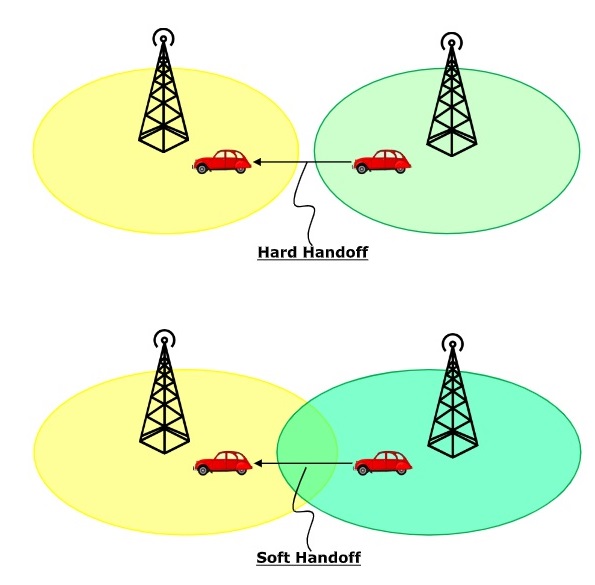 Mobile Assisted Handoff (MAHO) is a technique in which the mobile devices assist the Base Station Controller (BSC) to transfer a call to another BSC. It is used in GSM cellular networks. In other systems, like AMPS, a handoff is solely the job of the BSC and the Mobile Switching Centre (MSC), without any participation of the mobile device. However, in GSM, when a mobile station is not using its time slots for communicating, it measures signal quality to nearby BSC and sends this information to the BSC. The BSC performs handoff according to this information.