Generally the throwers do not compete for a single throw; they participate in multiple events like hammer throw, javelin throw, etc. Hence, their training schedule is prepared keeping an eye on the performance that will aid to all types of throws. So let’s go through some of the basic training schedules that will help in building up the power and strength of an athlete. 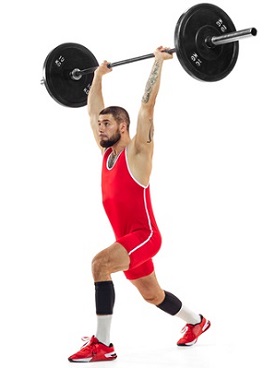 During the time of throw, you need sufficient energy to lift up the accelerating hammer and to throw it in a required direction. This exercise is solely designed for that purpose.

You need an Olympic bar to have a grip during the snatch. Place it just outside of your knees and push hard towards the ground during the starting of the snatch and soon after that regain back your entire weight on your heel. Snatching is better if you follow Split Leg snatch pattern. 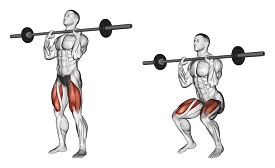 Hammer throw demands excess strength of hamstrings, thighs, and hips. If you will practise squats in your daily exercise schedule, it is going to aid your performance.

You can mix front and back squat to design your own style of exercise. But in case of hammer throw, our hips remain at the back of the heels so it is the front squat that is going to help us a lot.

A three quarter squat movement is also better. Generally while countering the hammer, athletes think too much about the outward pulling force of the hammer. So a front squat practise is going to make their thigh and hip muscles much stronger.

Hammer throwing depends upon the centrifugal force. It is true that speed aids the hammer throw but sometimes excess speed can spoil the throw too. So it is better to increase the radius than speed.

From this statement, we mean that while uplifting the hammer, if you will apply much force by tightening and squeezing your muscles, then it is going to shorten the radius of turning, which in turn will decrease the level of the throw too. So instead just concentrate more on the pulling motion by creating a continuous motion that will gradually pull the weight off the ground.