Fuzzy Inference System is the key unit of a fuzzy logic system having decision making as its primary work. It uses the “IF…THEN” rules along with connectors “OR” or “AND” for drawing essential decision rules.

Following are some characteristics of FIS −

The working of the FIS consists of the following steps −

This system was proposed in 1975 by Ebhasim Mamdani. Basically, it was anticipated to control a steam engine and boiler combination by synthesizing a set of fuzzy rules obtained from people working on the system.

Steps for Computing the Output

Following is a block diagram of Mamdani Fuzzy Interface System. 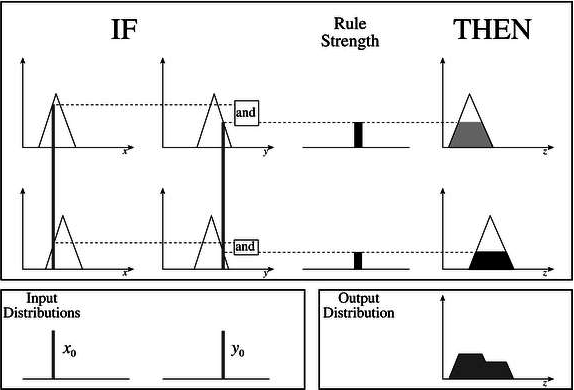 This model was proposed by Takagi, Sugeno and Kang in 1985. Format of this rule is given as −

Here, AB are fuzzy sets in antecedents and z = f(x,y) is a crisp function in the consequent.

Rule Format of the Sugeno Form

The rule format of Sugeno form is given by −

Comparison between the two methods

Let us now understand the comparison between the Mamdani System and the Sugeno Model.