Artificial neural network (ANN) is a network of efficient computing systems the central theme of which is borrowed from the analogy of biological neural networks. ANNs are also named as “artificial neural systems,” parallel distributed processing systems,” “connectionist systems.” ANN acquires large collection of units that are interconnected in some pattern to allow communications between units. These units, also referred to as nodes or neurons, are simple processors which operate in parallel.

Every neuron is connected with other neuron through a connection link. Each connection link is associated with a weight having the information about the input signal. This is the most useful information for neurons to solve a particular problem because the weight usually inhibits the signal that is being communicated. Each neuron is having its internal state which is called the activation signal. Output signals, which are produced after combining the input signals and the activation rule, may be sent to other units. It also consists of a bias ‘b’ whose weight is always 1. 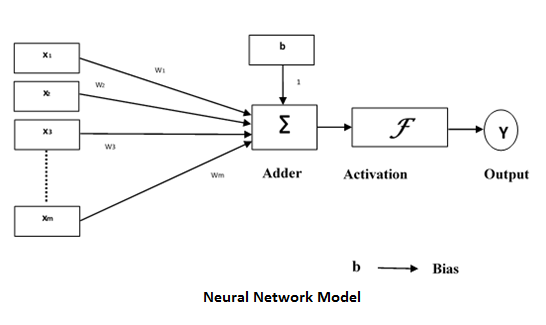 Why to use Fuzzy Logic in Neural Network

As we have discussed above that every neuron in ANN is connected with other neuron through a connection link and that link is associated with a weight having the information about the input signal. Hence we can say that weights have the useful information about input to solve the problems.

Following are some reasons to use fuzzy logic in neural networks −

It is a form of fuzziness in neural networks. Basically FCM is like a dynamic state machine with fuzzy states (not just 1 or 0).

Despite having numerous advantages, there is also some difficulty while using fuzzy logic in neural networks. The difficulty is related with membership rules, the need to build fuzzy system, because it is sometimes complicated to deduce it with the given set of complex data.