Frame bursting is a transmission technique used at the data link layer of the OSI model to increase the rate of transmission of data frames. It can be effectively deployed in Gigabit Ethernets to increase network throughput. It is specified in the draft 802.11e QoS specification.

By this technique, a sender can transmit a series of frames in succession, without surrendering control on the transmission medium. A set of smaller frames may be concatenated to form a large frame that is transmitted at one go.

Firstly, we consider a situation without frame bursting −

It can be seen that the time wasted for DIFS is considerably high, particularly is situations where the data length is low and the number of stations contending for transmission medium is low.

The time wasted for contention is reduced considerably by applying the technique of frame bursting, as depicted in the following situation − 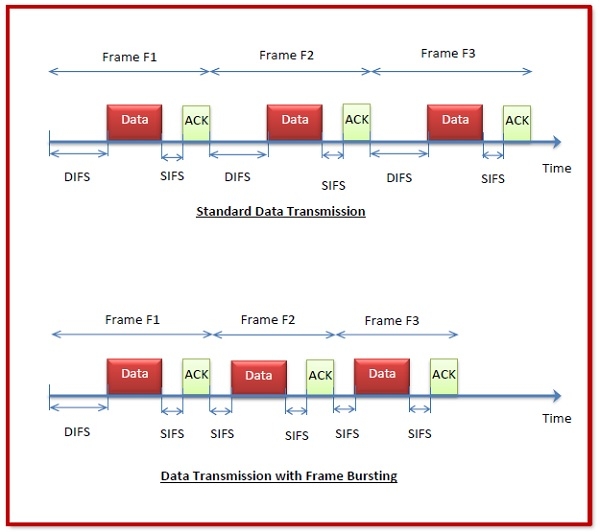 Frame bursting may be also combined with frame aggregation. In this case, a concatenated sequence of multiple frames is transmitted instead of separate small frames. This eliminates the inter-frame gaps and overheads for headers and gaps completely. This is particularly suitable in cases where the frames contain small payload sizes. This is shown in the following diagram − 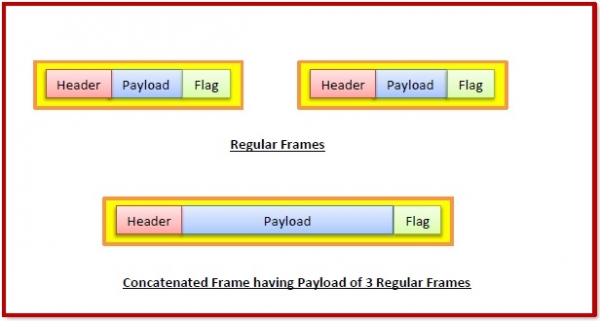