Extreme Programming is one of the earliest agile methodologies that came into existence and is continuously evolving. Kent Beck, who evolved Extreme Programming, developed it with the premise to use best programming practices and take them to the extreme.

Extreme Programming in the current scenario focuses on the best practices that are prevailing in the industry as of now and takes them to the extreme. The most prevalent examples are Test Driven Development, Whole Team Approach, Sustainable Pace, etc.

In fact, this is true for any process that you take up. Mix-and-match is allowed, but only when you are using complimentary features and you are not compromising on the values of the features being used.

In Waterfall model, the development progresses in phases and no phase can begin before the completion of the earlier phase. 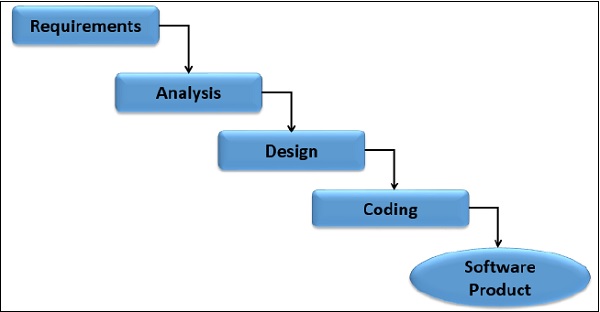 Waterfall Model is still in use in several organizations though some perceive it as a traditional methodology. It is an established and effective methodology if the requirements are completely known before the development starts. The process is straightforward and does not require any training or mentoring.

What you need to remember is that no methodology is ideal for every situation and every methodology will have its own merits and demerits. Hence, you have to understand which methodology suits your context, your environment and your customer interests.

If you predict such conditions in your development, the Agile methodologies are the most suited.

Several Agile methodologies came into existence, of which Scrum has become more popular and is being widely used.

How Scrum makes the Difference?

In Scrum, projects are broken down into releases and time-boxed short sprints. For every sprint, you will take up only the required and sufficient functionality that is prioritized by the customer and that you can deliver in a sprint. At the end of each Sprint, you will have a working product that could be released.

The requirements are called backlog items, the iterations are called sprints. Continuous Testing with test-first approach will be adapted. The developers and the testers also participate in the user story writing which are the backlog items. This gives an upfront view of the product’s behavior to everyone in the team and also helps in arriving at the acceptance criteria at the beginning of the sprint itself. 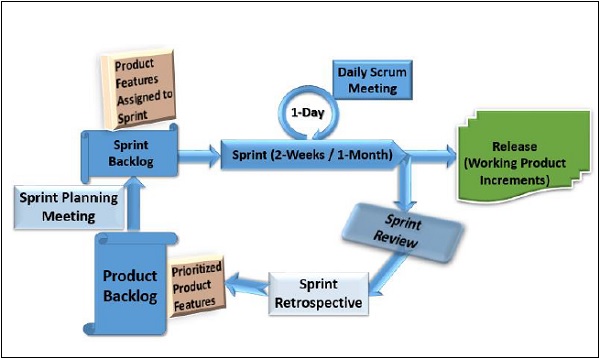 Scrum, by its definition, again as we stated earlier, is effective in certain situations, but has its own shortcomings as with any other development methodologies.

Hence, Scrum is usually combined with other Agile methodologies that focus more on the development strategies.

Thus, a Scrum + Extreme Programming hybrid is found to be effective.

Some of the indicators are −

Rapise tool is a test automation solution that can be integrated fully into your development process and that be adapted to your changing needs. You can use it for testing desktop, web and mobile applications. This tool can be used by developers, testers and business users to generate acceptance tests.