XP sets out to lower the cost of change by introducing basic values, principles and practices. By applying XP, a system development project should be more flexible with respect to changes.

Extreme Programming (XP) is based on the five values −

Communication plays a major role in the success of a project. Problems with projects often arise due to lack of communication. Many circumstances may lead to the breakdown in communication. Some of the common problems are −

XP employs a coach whose job is to notice when the people are not communicating and reintroduce them. Face-to-Face communication is preferred and is achieved with pair programming and a customer representative is always onsite.

Extreme Programming believes in ‘it is better to do a simple thing today and pay a little more tomorrow to change it’ than ‘to do a more complicated thing today that may never be used anyway’.

Communication and Simplicity support each other.

The more you communicate the clearer you can see exactly what needs to be done, and you gain more confidence about what really need not be done.

The simpler your system is, the less you have to communicate about the fewer developers that you require. This leads to better communication.

Every iteration commitment is taken seriously by delivering a working software. The software is delivered early to the customer and a feedback is taken so that necessary changes can be made if needed. Concrete feedback about the current state of the system is priceless. The value of the feedback is a continuously running system that delivers information about itself in a reliable way.

In Extreme Programming, feedback is ensured at all levels at different time scales −

Thus, in Extreme Programming the feedback −

Extreme Programming provides courage to the developers in the following way −

This is possible as no one is working alone and the coach guides the team continuously.

Respect is a deep value, one that lies below the surface of the other four values. In Extreme Programming,

Hence, in Extreme Programming, the basic principles are derived from the values so that the development practices can be checked against these principles. Each principle embodies the values and is more concrete, i.e. rapid feedback − you either, have it or you do not.

The fundamental principles of Extreme Programming are −

Rapid feedback is to get the feedback, understand it, and put the learning back into the system as quickly as possible.

To assume simplicity is to treat every problem as if it can be solved with simplicity.

Traditionally, you are told to plan for the future, to design for reuse. The result of this approach may turn into ‘what is required today by the customer is not met and what is ultimately delivered may be obsolete and difficult to change.’

‘Assume Simplicity’ means ‘do a good job of solving today's job today and trust your ability to add complexity in the future where you need it.’ In Extreme Programming, you are told to do a good job (tests, refactoring, and communication) focusing on what is important today.

In any situation, big changes made all at once just do not work. Any problem is solved with a series of the smallest change that makes a difference.

In Extreme Programming, Incremental Change is applied in many ways.

Even the adoption of Extreme Programming must be taken in little steps.

The best strategy is the one that preserves the most options while actually solving your most pressing problem.

Everyone likes doing a good job. They try to produce the quality that they are proud of. The team 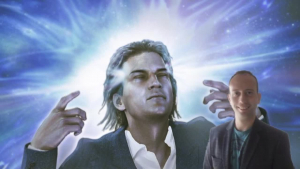 How to Become Extremely Smart