Explain the services of the physical layer

Physical layer is the shortest layer in the model. This layer is feasible for initiating, preserving, and deactivating a physical circuit between two end frameworks.

The Physical Layer is vital for transmitting bits from one device to another device. It can change the series of bits into electric signals, light signals, or electromagnetic signals, relying on either the two hubs on a link circuit, fiber-optic circuit, or microwave/radio circuit.

The physical layer situation for the transmission channel and the data link layer is displayed in the diagram below. 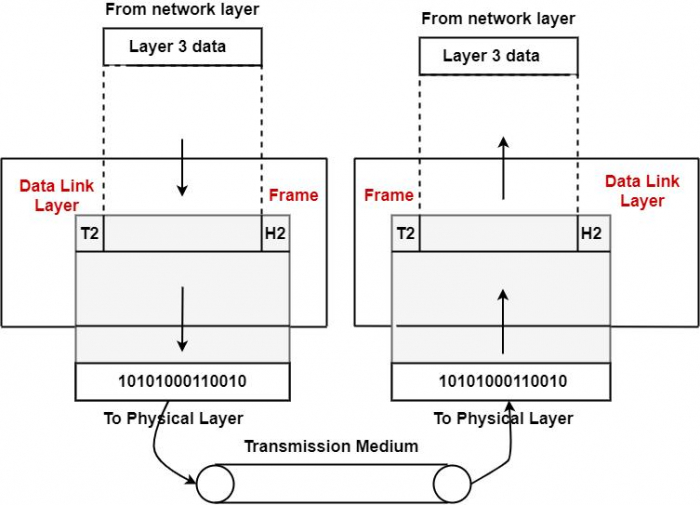 There are various services of the physical layer, which are as follows −