Courtesy is one of the most important necessities of social life. The word courtesy itself comes from being courteous, or courtly, a direct reference to the dignified manner in which proceedings were continued in courts of that time. Being courteous means being considerate and helping while interacting with people.

Courtesy-concomitant etiquette is a set of etiquettes that is about putting one’s own interests in the backseat and help people in their actions. These etiquettes help to create a positive impression in the minds of people and helps in building trust in social circles. A courteous person is able to get the maximum benefits of living in a society by regulating his interests and that of others. For example, things like allowing a handicapped person before you at a queue or keeping a lift open for your colleague could sound like small actions but they leave a big lasting impression in the minds of people.

Courtesy-concomitant etiquette is the only one where even hygiene-concomitant etiquette can take a back-seat. A guy can offer his handkerchief (which has to be clean) to someone who has cut himself badly and is desperately looking for something to dress the wound, or offer his jacket to a friend if he is feeling cold and the owner of the jacket could do without it for the timebeing.

The failure in implementing courtesy-concomitant etiquette leads to social rejection from peers. Employees often complain of not getting promoted to managerial positions even if having excellent performances and knowing their job inside-out. However, most of such cases are due to their perceived lack of social etiquette.

In the 90s, Korean Air has a fearsome reputation of being one of the most unsafe airlines in the entire world. With around 20 crashes, it was leading an infamous chart of airlines who had involved in the most number of crashes ever. When it was evident that the airlines had earned enough bad name for itself in its 10 years of functioning that other airlines do in many decades, the management decided to employ experts to understand the working of the staff.

It’s not that the management was callous in their attitude or were not concerned about the crashes; they were making the mistake of going for the obvious areas that companies generally look into when they face such crisis, i.e. engine, machinery, untrained pilots, etc. In short, they were thinking that the issues media usually reports on in such scenarios, like old planes, unqualified staff, communication gaps, etc. However, it’s interesting to note that they were not facing any technical issues, but an extremely rigid and strict etiquette based on hierarchy.

In a find that many people found absurd and extremely hard to believe at first, it stated that the crashes were the result of a strict hierarchical structure of etiquette, in which Koreans are expected to be deferential to their elders in a way that’s unthinkable in any other part of the world. 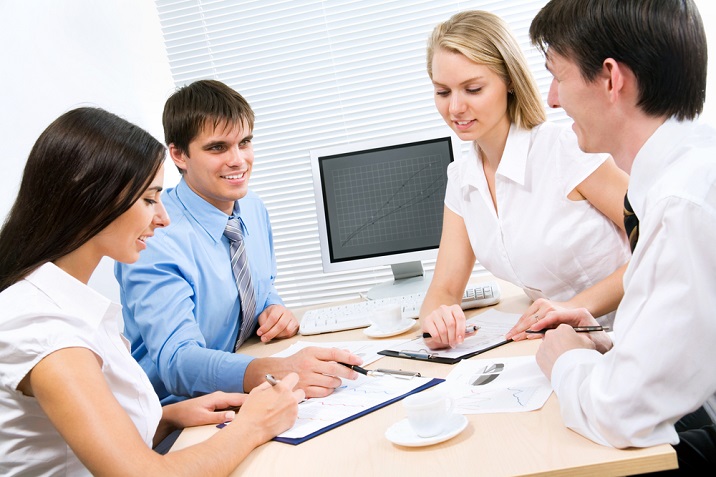 For example, a Korean would speak in one way to his father, another way with his grandfather, and in a completely different way with his son. He will have a different manner of communication with an elder sibling as compared to a younger one. While this hierarchy was designed around the concept of respect to one’s family-members, it also had a telling role to play in the 1997 aircrash of Korean Air Flight 801, which is one of the worst accidents ever in the history of aviation.

On the fateful morning of August 6, 1997, Korean Air Flight 801 flew into Nimitz Hill, which was more than five kilometers away from the runway to Antonio B. Won Pat International Airport, of Guam, USA, killing 223 out of the 254 passengers on board at the crash site. Most of these were vacationers and honeymooners.

In a series of shocking disclosures, the flight's voice recorder revealed that when the first officer realized that the plane had entered turbulence, he still couldn’t muster the courage to break the etiquette of communication hierarchy and confront the Captain directly on his taking the wrong decision.

In addition to that, Korean Air had a policy of recruiting pilots who previously were in the airforce, which reinforced an even stricter hierarchical structure of communication. This is the reason none of the subordinates could dare question the decisions of the Captain, who was at his wits’ end and had unleashed such a climate of fear and agitation in the cockpit that even when the first officer realized that the plane was descending very steeply, he preferred to keep his mouth shut.

Etiquette of Communication to blame?

Many people, especially those in the West, were reluctant to buy the entire concept of someone adhering to a strict code of etiquette even when facing a swiftly impending life-and-death scenario, however their opinions in the face of facts that kept piling on to support this singular incident.

The Captain of the flight was a 42-year old person with close to 9000 hours of flight time. The first officer, at 40 years, was only two years younger than the Captain. Interesting still is the fact that the flight engineer was 57 years old and had more flight hours under his belt than that of both the Captain and the First Officer combined. Yet such was their adherence to respecting their authority that none of them could openly point him out his mistake.

In accordance to the findings in this audit, Korean Air made vast changes to its HR practices and training routines. Flight officers weren’t hired from the military any more, all training procedures were designed in such a way that there can be a free flow of conversation between different ranks of officers, keeping mutual respect intact.

Following the changes made to Korean Air’s policies, many such worksheets were designed and given to all the staff to understand what their understanding of etiquette is −

What was amazing on analyzing the results was that majority of the staff members had a very “black and white” thinking in the way they answered the questions. Most of the pilots answered either in the absolute affirmative “Always”, or the absolute negative “Never”.

Some chose to maintain a balance between the extremes, however very few among these were from the in-flight staff. Keeping this in mind, many changes were incorporated into the airlines. The results of such sweeping measures was that since this aftermath, Korean Air has not faced a single fatal accident of this nature, apart from the isolated incident years later in 2007, when a plane landed on a taxiway instead of the intended runway. Even in that case, this was a nonfatal accident and there was no injury to anyone aboard the plane.