Address Resolution Protocol (ARP) is a stateless protocol used for resolving IP addresses to machine MAC addresses. All network devices that need to communicate on the network broadcast ARP queries in the system to find out other machines’ MAC addresses. ARP Poisoning is also known as ARP Spoofing.

Here is how ARP works −

What is ARP Spoofing?

ARP packets can be forged to send data to the attacker’s machine.

The Man-in-the-Middle attack (abbreviated MITM, MitM, MIM, MiM, MITMA) implies an active attack where the adversary impersonates the user by creating a connection between the victims and sends messages between them. In this case, the victims think that they are communicating with each other, but in reality, the malicious actor controls the communication. 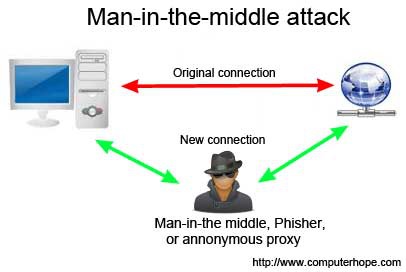 A third person exists to control and monitor the traffic of communication between two parties. Some protocols such as SSL serve to prevent this type of attack.

In this exercise, we have used BetterCAP to perform ARP poisoning in LAN environment using VMware workstation in which we have installed Kali Linux and Ettercap tool to sniff the local traffic in LAN.

For this exercise, you would need the following tools −

Note − This attack is possible in wired and wireless networks. You can perform this attack in local LAN.

Step 3 − Make sure you are connected to local LAN and check the IP address by typing the command ifconfig in the terminal.

Step 4 − Open up the terminal and type “Ettercap –G” to start the graphical version of Ettercap.

Step 5 − Now click the tab “sniff” in the menu bar and select “unified sniffing” and click OK to select the interface. We are going to use “eth0” which means Ethernet connection.

Step 6 − Now click the “hosts” tab in the menu bar and click “scan for hosts”. It will start scanning the whole network for the alive hosts.

Step 7 − Next, click the “hosts” tab and select “hosts list” to see the number of hosts available in the network. This list also includes the default gateway address. We have to be careful when we select the targets. 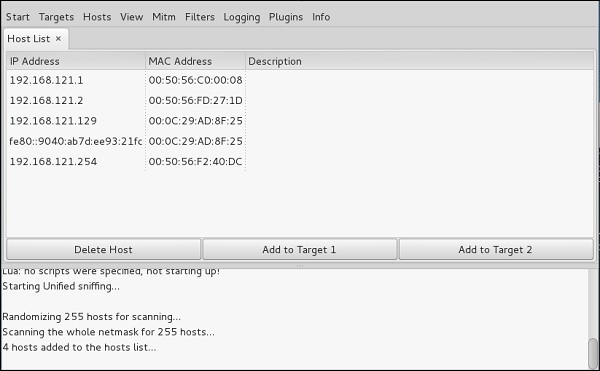 In VMware environment, the default gateway will always end with “2” because “1” is assigned to the physical machine. 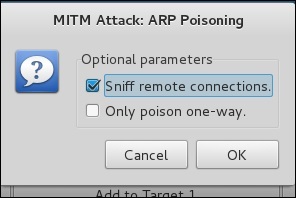 Step 11 − Click “start” and select “start sniffing”. This will start ARP poisoning in the network which means we have enabled our network card in “promiscuous mode” and now the local traffic can be sniffed.

Note − We have allowed only HTTP sniffing with Ettercap, so don’t expect HTTPS packets to be sniffed with this process.

This is how sniffing works. You must have understood how easy it is to get the HTTP credentials just by enabling ARP poisoning.

ARP Poisoning has the potential to cause huge losses in company environments. This is the place where ethical hackers are appointed to secure the networks.

Like ARP poisoning, there are other attacks such as MAC flooding, MAC spoofing, DNS poisoning, ICMP poisoning, etc. that can cause significant loss to a network.

In the next chapter, we will discuss another type of attack known as DNS poisoning.