Test efforts are not based on any definitive timeframe. The efforts continue until some pre-decided timeline is set, irrespective of the completion of testing.

This is mostly due to the fact that conventionally, test effort estimation is a part of the development estimation. Only in the case of estimation techniques that use WBS, such as Wideband Delphi, Three-point Estimation, PERT, and WBS, you can obtain the values for the estimates of the testing activities.

If you have obtained the estimates as Function Points (FP), then as per Caper Jones,

Once you have the number of test cases, you can take productivity data from organizational database and arrive at the effort required for testing.

Several organizations are now providing independent verification and validation services to their clients and that would mean the project activities would entirely be testing activities.

PERT software testing estimation technique is based on statistical methods in which each testing task is broken down into sub-tasks and then three types of estimation are done on each sub-tasks.

The formula used by this technique is −

O = Optimistic estimate (best case scenario in which nothing goes wrong and all conditions are optimal).

M = Most likely estimate (most likely duration and there may be some problem but most of the things will go right).

Standard Deviation for the technique is calculated as −

UCP Method is based on the use cases where we calculate the unadjusted actor weights and unadjusted use case weights to determine the software testing estimation.

Use-case is a document which specifies different users, systems or other stakeholders interacting with the concerned application. They are named as “Actors”. The interactions accomplish some defined goals protecting the interest of all stakeholders through different behavior or flow termed as scenarios.

Step 1 − Count the no. of actors. Actors include positive, negative and exceptional.

Step 3 − Count the number of use-cases.

Step 6 − Determine the technical/environmental factor (TEF). If unavailable, take it as 0.50.

Step 1 − Create WBS by breaking down the test project into small pieces.

Step 5 − Review all the testing requirements to make sure they are added in WBS.

Step 6 − Figure out the number of tasks your team needs to complete.

Step 7 − Estimate the effort for each task.

Step 8 − Estimate the duration of each task.

In Wideband Delphi Method, WBS is distributed to a team comprising of 3-7 members for re-estimating the tasks. The final estimate is the result of the summarized estimates based on the team consensus.

This method speaks more on experience rather than any statistical formula. This method was popularized by Barry Boehm to emphasize on the group iteration to reach a consensus where the team visualized different aspects of the problems while estimating the test effort.

FPs indicate the functionality of software application from the user's perspective and is used as a technique to estimate the size of a software project.

In testing, estimation is based on requirement specification document, or on a previously created prototype of the application. To calculate FP for a project, some major components are required. They are −

In this technique, all the phases of Software Development Life Cycle (SDLC) are assigned effort in %. This can be based on past data from similar projects. For example −

Next, % of effort for testing (all test phases) is further distributed for all Testing Phases − 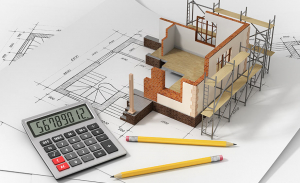