Essential – An Amazing Phone From the Creator of Android

Do you want to change your phone because of some features which you don’t like at all? And for that reason, are you thinking to buy a new one? That happens, though you love your phone the most still there are few things which you don’t like at all. There are some unnecessary features pointlessly cluttering your lives. You may want to get rid of them but you are helpless as they are inbuilt features, thus cannot be simply removed, isn’t it?.

You are not alone, many people feel the same. Even the creator of Android also thinks that the current states of technologies are creating unnecessary confusions in people lives. That is the reason a new revolutionary phone is in the making from none other than the Father of Android himself, under the umbrella of his newly formed company “Essential”.

Many of us love to have an Android phone rather than any other OS available in the market. That is the reason the market shares of the Android phone is much bigger in size as compared to iOS and Windows phone. There are many reasons you may tell others behind your decision to have an Android phone, be its simplicity, affordability or usability. But, that doesn’t mean that the iOS phones are less popular, they have their own niche market where the demands are too high for them. 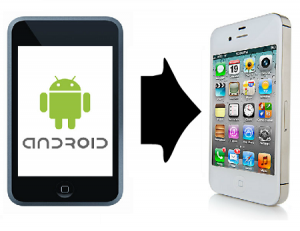 But whatever the phone we choose, there are certain features which sometimes annoyed us a lot. The “Father of Android” – Mr. Andy Rubin also finally realized it recently upon his friend’s criticism. After all these long years since he created the Android operating system, one night he felt that the time has come to create a new one better than the existing set of phones keeping the same Android operating system to its core.

What he doesn’t like in the current state of technologies that there are more and more unnecessary features which cluttering people live. That is the reason finally he decided to create a company having the 21st-century methods to build the products for the way people want to live in the 21st century. And the result is ‘Essential’ his new venture which will soon release its first Smartphone “Essential” to the market.

Feeling excited! Do you want to know more about this new phone? That obvious, the expectation is really high as it is coming from the father of Android. Let’s have a look on the various features of this upcoming phone.

The phone is currently under development, but the features mentioned on its official website looks very promising. Let’s have a look on those stunning features. 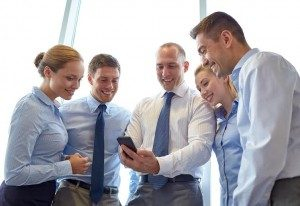 Last but the most important thing you should know about this phone is its pricing. As per its official website, the Essential phone will cost you $699. Currently, the company is running a limited time offer to reserve the phone at the cost of $749 which includes the Essential Phone with the 360° Camera.

For many people, the photography and video shooting capabilities of the phone are considered to be a major factor before taking the buying decisions. That can be justified, as these days at many occasions the mobile phones are playing the role of high-quality digital cameras with powerful technologies. 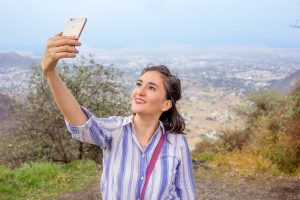 The Essential phone also has the capabilities of taking high-quality picture and videos with its 13-MP dual sensor camera at the back and the front-facing camera is capable of producing 8MP still photos and 4K videos. The company claims that the camera consists of both color and monochrome sensors that can capture up to 200% more light than traditional phone cameras. So, you will get stunning images that are rich in color and detail, even in low light. It also offers a true ‘monochrome’ mode.

The company offers two essential accessories for this phone, a 360 degrees attachable camera, and a phone dock to recharge your phone.

Another interesting thing about this phone is you cannot see the company logo on it. They believe that once you purchase the phone it becomes your personal property, so the company should not advertise their logo forcefully on your phone. That is indeed a unique thought from the company!.

Apart from this Essential phone, the company also working on a digital assistant device called “Home”. That will share the space with its competitors like Alexa, Siri, and Google Assistant. It can easily connect and interact with the existing devices at your home.

The Home device runs on an Ambient operating system, a new operating system from the company itself. The Ambient OS has empowered the device to connect and interacts with existing devices to perform a series of tasks such as setting the timer, answer your queries, control the lights in your home, playing the audio and much more.

Finally, there is so much speculation about this phone as it is coming from the creator of Android. So far, as per the official announcements, it is looking very promising with loads of amazing features. But the final verdict will come from the real users when the phone eventually available in the market.