The EMOSFET can be operated in the enhancement mode only. The EMOSFET has no physical channel from source to drain since the substrate extends completely to the SiO2 layer.

By the application of gate–source voltage (VGS) of proper magnitude and polarity the device can be made operating. The use of VGS induces an n-channel just below the gate terminal and this made the device operating.

The minimum value of VGS of proper polarity that turns on the EMOSFET is known as Threshold Voltage (VGS (Th)).

When VGS = 0 V, there is no channel connecting the source and drain. The p-type substrate has only a small number of thermally produced free electrons (minority charge carriers) so the drain current is zero. For this reason, the EMOSFET is generally OFF. 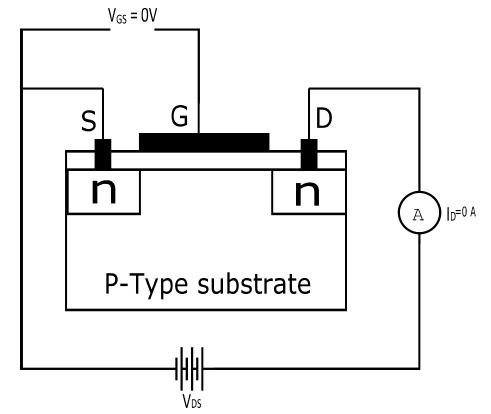 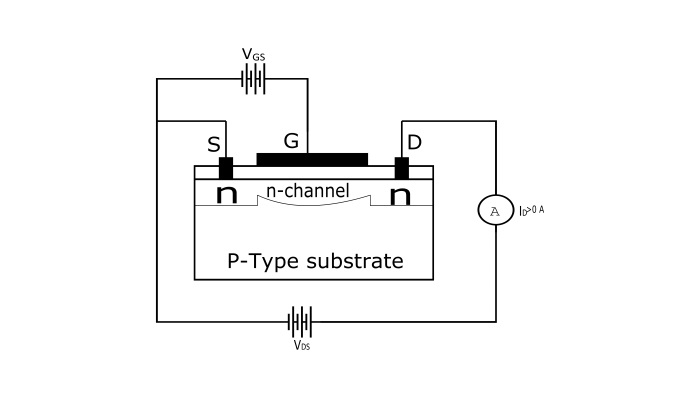 The drain characteristics is the graph between drain current and drain–source voltages for the various positive values of VGS. From the graph, it can be seen that most of the part of the curve is horizontal, showing constant drain current. Hence in this part of curve the EMOSFET behaves as a constant current source. 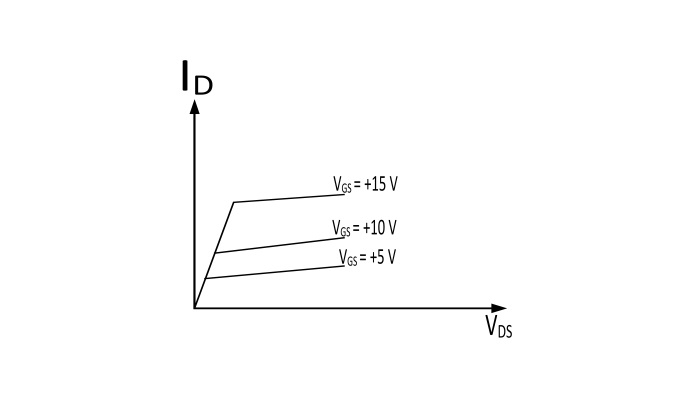 The transfer characteristics of EMOSFET is the curve plotted between the drain current (ID) and gate-source voltage (VGS). 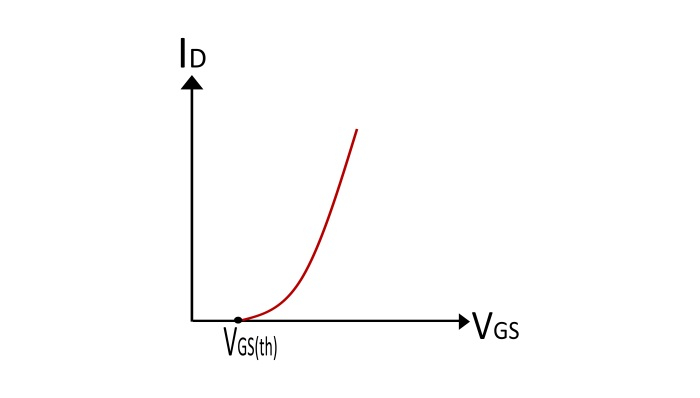 The values of ID(on) and VGS(on) can be obtained from the data sheet for an EMOSFET.