A wide range of DSL technologies and DSL products have entered the market, bringing with them both the opportunity and confusion. This chapter provides an overview of the technology, which can transmit information via copper lines and changing various DSL technologies. After understanding this concept, you can be better prepared to assess DSL technology and related products.

The PSTN and supporting local access networks have been designed with guidelines that transmissions are limited to an analog voice channel 3400 Hz. For example − Telephones, Modems, Dial Fax Modem and Private Line Modems have limited their transmissions on local access telephone lines to the frequency spectrum between 0 Hz and 3400 Hz. The highest information rate possible using 3400 Hz frequency spectrum are less than 56 Kbps. So how does DSL achieve information rate in the millions of bits per second on the same copper lines?

The answer is simple − Eliminate the limit of 3400 Hz frequency boundary, much like the traditional T1 or E1, which uses a much wider range of frequencies than the voice channel. Such an implementation requires the transmission of information over a wide frequency range of one of the ends of the copper wire loop to another accessory, which receives the frequency width of the signal at the end of the copper loop.

As we have now understood that we can choose to remove the limit frequency 3400 Hz, and increase the supported information rate on copper son; you may be wondering, "Why not we just ignore POTS guidelines transmission and the use of higher frequencies?"

Let us understand regarding attenuation and the other factors that result in distance limitations.

One can compare the transmission of an electrical signal to drive a car. The faster you go, the more energy you burn over a given distance and the sooner you have to refuel. With electrical signals transmitted on a line of copper wire, the use of higher frequencies to support high-speed services also leads to shorter loop scope. This is because the high frequency signals transmitted by wire loops attenuate energy more quickly than low frequency signals.

One way to minimize attenuation is to use lower resistance wire. Thick wires have less resistance than thin wires, meaning lesser signal attenuation and therefore, the signal can travel a longer distance. Of course, thick gauge wire means more copper, which results in higher costs. Hence, the phone companies have designed their cable plant by using the thinner gauge wire that could support the required services.

In the early 1980s, equipment providers actively worked to develop basic rate ISDN, which provided up to 64 Kbps two B channels plus one D channel 16 kbps used for signaling and packet data. The payload of the information, and other overhead costs associated with the implementation, led to 160 Kbps in total transmitted information.

A key requirement of ISDN was that it had to reach customers on existing copper, equivalent to 18,000 feet. However, an AMI Implementation of basic rate ISDN would require the use of the lower part 160,000 Hz, resulting in too much attenuation of the signal and is below 18,000 feet, which is the necessary loop carried on the wire 26 gauge

In 1988, advances in signal processing and coding line has doubled the efficiency of the AMI code inheritance by sending two bits of information in each cycle of analog waveform or transmission. The line of code was called 2 binary, 1 Quaternary (2B1Q). A 2B1Q implementation of ISDN basic rate uses frequencies ranging from 0 (zero) to about 80,000 Hz, which has less attenuation and results in the desired loop reach of 18,000 feet.

Around the same time (1980’s decade), the industry recognized asymmetric attributes of the local loop that telephone companies had developed a strong interest in providing video entertainment services. This interest has been motivated by the desire to increase revenue through new services and recognizing that non-US cable television operators have started offering voice services over their plant coaxial cable.

By late 1992, three line codes were emerging as the most likely technologies to support high-speed video dial tone services. These were −

Unlike 2B1Q, which is a baseband technology that transmits at frequencies, which include 0 Hz or DC, the line codes mentioned above are typically bandwidth and may be designed to operate in any frequency range specified.

DSL was originally designed as a residential service that needs to coexist independently with the POTS already provisioned. Therefore, the bandwidth attributes were considered a prerequisite for the frequency separation between FDM or POTS, a user upstream channel service on the network, and a downlink from the network to the user services.

In addition to the implementation of FDM above, some DSL technologies, including some implementations of DMT, were designed to provide an echo canceller of the upstream and downstream channels to minimize the use of frequencies more high and optimize loop reach. However, some observers believe that the performance of these systems echo canceled, tend to deteriorate. A growing number of similar services are deployed in the same cable bundle, offsetting the substantial gains associated with avoiding higher frequencies. 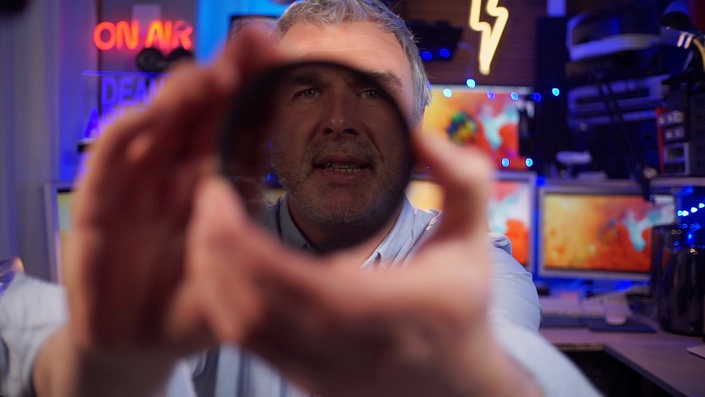