Differences in Microcomputer, Microprocessor and Microcontroller

Let us discuss Microcomputer, Microprocessor, and Microcontroller in this article and also to highlight their respective differences in between.

A microcomputer can be defined as a small sized, inexpensive, and limited capability computer. It has the same architectural block structure that is present on a computer. Present-day microcomputers are having smaller sizes. Nowadays, they are of the size of a notebook. But in the coming days also their sizes will get more reduced as well. Due to their lower costs, individuals can possess them as their personal computers. Because of mass production, they are becoming still cheaper. Initially, in the earlier days, they were not very much powerful. Their internal operations and instructions were very much limited and restricted. But at present days, microcomputers have not only multiplied and divide instructions on unsigned and signed numbers but are also capable of performing floating point arithmetic operations. In fact, they are becoming more powerful than the minicomputers and main computers of yesteryear. 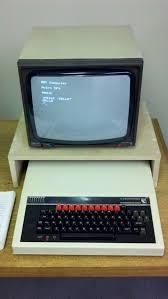 As an example, the Commodore 64 was one of the most popular microcomputers of its era and is the best-selling model of home computer of all time.

So a microcomputer is a small, relatively inexpensive computer with a microprocessor as its central processing unit (CPU). It includes a single printed circuit board containing a microprocessor, memory, and minimal input/output(I/O) circuitry mounted. With the advent of increasingly powerful microprocessors, microcomputers became popular in the 1970s and1980s. The predecessors to these computers, mainframes, and minicomputers, were comparatively much larger and more expensive(though indeed present-day mainframes such as the IBM System z machines use one or more custom microprocessors as their CPUs). Also, we can mention that many microcomputers, in the generic sense, (when equipped with a keyboard and screen for input and output) are also personal computers.

In the present-day world, Microprocessors are extensively used. Before the microprocessor’s invention, the logic design was done by hardware using gates, flip-flops, etc. A mini-computer was too much costly. With the advent of the microprocessor, logic design using hardware has been mostly replaced. It provides flexibility instrumentation where the characteristics of the system can be changed just by changing the software. Also, new generations of applications have surfaced, which were not thought of earlier because of the prohibitive cost of a minicomputer or the complexity of logic design using hardware.

A Microcontroller is a small and low-cost microcomputer, which is designed to perform the specific tasks of embedded systems like displaying microwave information, receiving remote signals etc.

Microcontrollers are divided into various categories based on memory, architecture, bits and instruction sets. Following is the list of their types −

Microcontrollers are widely used in various different devices such as –