Data mining deals with the kind of patterns that can be mined. On the basis of the kind of data to be mined, there are two categories of functions involved in Data Mining −

Class/Concept refers to the data to be associated with the classes or concepts. For example, in a company, the classes of items for sales include computer and printers, and concepts of customers include big spenders and budget spenders. Such descriptions of a class or a concept are called class/concept descriptions. These descriptions can be derived by the following two ways −

Associations are used in retail sales to identify patterns that are frequently purchased together. This process refers to the process of uncovering the relationship among data and determining association rules.

It is a kind of additional analysis performed to uncover interesting statistical correlations between associated-attribute-value pairs or between two item sets to analyze that if they have positive, negative or no effect on each other.

Cluster refers to a group of similar kind of objects. Cluster analysis refers to forming group of objects that are very similar to each other but are highly different from the objects in other clusters.

Classification is the process of finding a model that describes the data classes or concepts. The purpose is to be able to use this model to predict the class of objects whose class label is unknown. This derived model is based on the analysis of sets of training data. The derived model can be presented in the following forms −

The list of functions involved in these processes are as follows −

Note − These primitives allow us to communicate in an interactive manner with the data mining system. Here is the list of Data Mining Task Primitives −

Set of task relevant data to be mined

This is the portion of database in which the user is interested. This portion includes the following −

Kind of knowledge to be mined

It refers to the kind of functions to be performed. These functions are −

This is used to evaluate the patterns that are discovered by the process of knowledge discovery. There are different interesting measures for different kind of knowledge.

Representation for visualizing the discovered patterns

This refers to the form in which discovered patterns are to be displayed. These representations may include the following. − 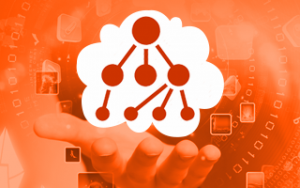