Data structures of a Windows thread

Windows implements the Windows API, which is the primary API for the family of Microsoft operating systems (Windows 98, NT, 2000, and XP, as well as Windows 7). Basically A Windows application runs as a separate process, and each process may contain one or more threads. Additionally, Windows uses the one-to-one mapping, where each user-level thread maps to an associated kernel thread. The general components of a thread include −

The primary data structures of a thread include − 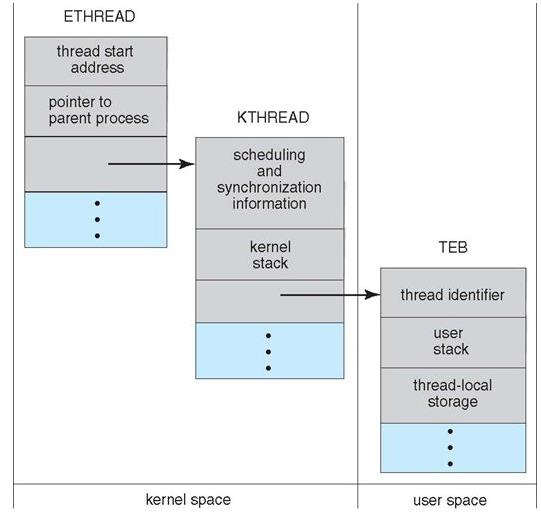