Count Non-Leaf nodes in a Binary Tree in C++

We are given with a binary tree and the task is to calculate the count of non-leaf nodes available in a binary tree.

Binary Tree is a special data structure used for data storage purposes. A binary tree has a special condition that each node can have a maximum of two children. A binary tree has the benefits of both an ordered array and a linked list as search is as quick as in a sorted array and insertion or deletion operation are as fast as in linked list. Non-leaf nodes are also known as parent nodes as they have more than 0 child and less than two children.

Structure of a binary tree is given below − 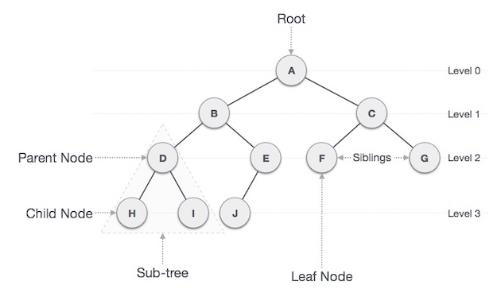 Output − count of non-leaf nodes is: 3

Explanation − In the given tree, we have 27, 14 and 35 as non-leaf nodes since they have more than 0 children and less than 2 children.

Approach used in the below program is as follows