Following is the syntax of the ‘while’ statement. 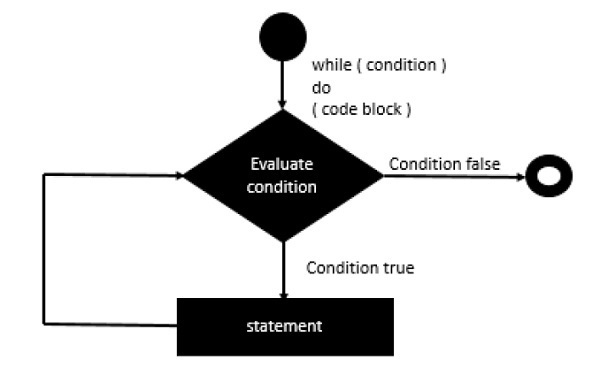 Following is an example of a while loop statement.

In the above example, we are first initializing the value of ‘x’ variable to 1. Note that we are using an atom value, which is a value which can be modified. Then our condition in the while loop is that we are evaluating the condition of the expression to be such as ‘x’ should be less than 5. Till the value of ‘x’ is less than 5, we will print the value of ‘x’ and then increase its value. The swap statement is used to populate the atom variable of ‘x’ with the new incremented value.

The above code produces the following output.