Clojure has some contributed libraries which have the enablement for creating Desktop and Web-based applications. Let’s discuss each one of them.

To create a web application in Clojure you need to use the Ring application library, which is available at the following link https://github.com/ring-clojure/ring

You need to ensure you download the necessary jars from the site and ensure to add it as a dependency for the Clojure application.

The Ring framework automatically can start a web server and ensures the Clojure application works on this server. Then one can also use the Compojure framework. This allows one to create routes which is now how most modern web applications are developed.

Let’s look at the following aspects of the program −

When you run the Clojure application, by default your application will be loaded as localhost:3000, so if you browse to this location, you will receive the following output. 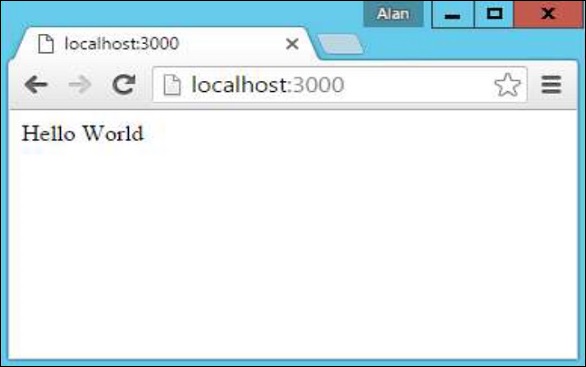 You can also add more routes to your web application. The following example shows how to achieve this.

You can see that adding a route in the application is as easy as just adding another GET function with the url route. (GET "/Tutorial" [] "This is a tutorial on Clojure")

If you browse to the location http://localhost:3000/Tutorial, you will receive the following output. 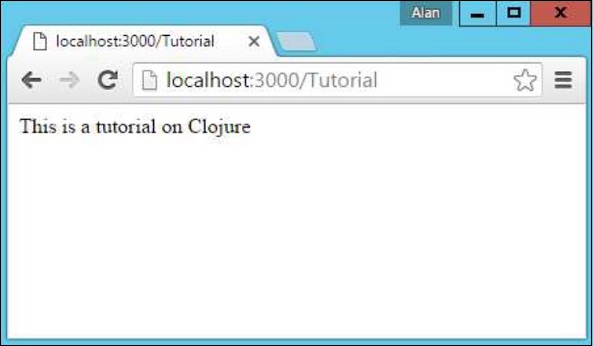