While coding a CICS program, we cannot use the commands which return the control directly to the MVS. If we code these COBOL verbs, it will not give any compilation error, but we may get unpredictable results. Following are the COBOL verbs which should not be used in a CICS program −

Execute Interface Block (EIB) is a control block which is loaded automatically by the CICS for every program.

While executing non-Conversational programs, no human intervention is required. All the necessary inputs are provided when the program is started. 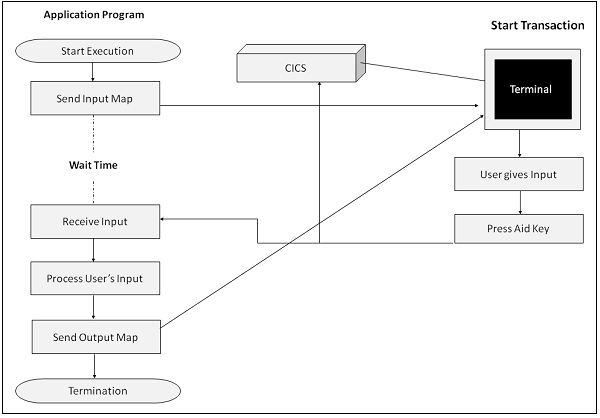