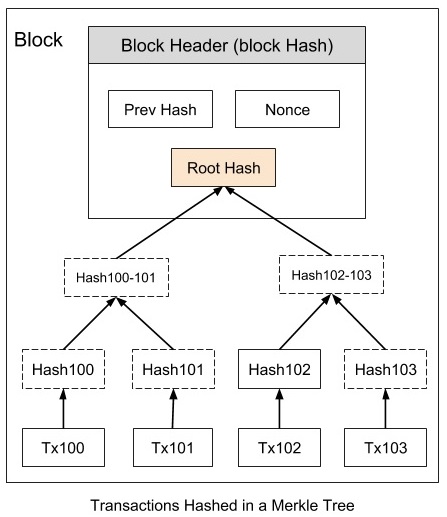 This can result in a lots of saving in the disk space. This strategy is used by a normal client who is interested in just receiving payments from others. However, the miners need to save the full blockchain. Now the question arises, how a receiver verifies the payment without having the ability to trace a received coin right to its origin. This is explained next.