The blocks created by various miners are chained together to form what is known as a truly distributed public ledger. 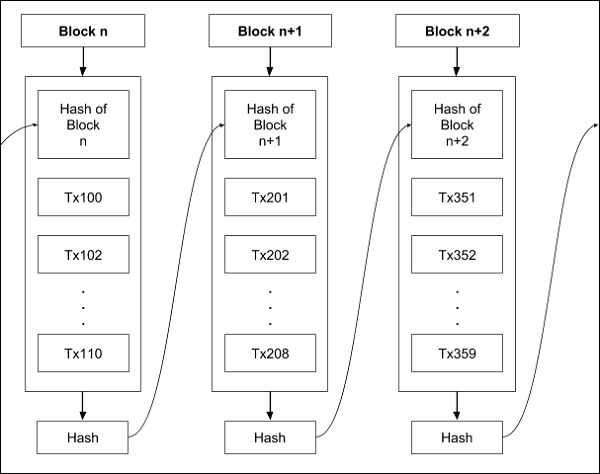 Each block in the chain contains multiple messages (transactions) as seen earlier in Figure 8. A block in the chain may come from any miner. While creating the chain of blocks, we observe the rule that hash of the previous block is added to the current block.

Thus, a miner while creating the block, picks up the hash of the last block in the chain, combines it with its own set of messages and creates a hash for its newly created block. This newly created block now becomes the new end for the chain and thus the chain keeps on growing as more and more blocks are added to it by the miners.