It is believed that Blockchain is a new age technology that is solution waiting for a host of problems. There is no doubt that it is a new wonder in the field of computing.

What is a blockchain?

A blockchain is basically a perpetually growing list of records, called blocks. These blocks are linked and secured by using cryptography. Each block generally contains a cryptographic hash of the previous block along with timestamp and transaction data. By its design, a blockchain does not allow modification of the data.

It is an open, distributed ledger that records transactions between different parties efficiently and in a verifiable and permanent way. A blockchain, as shown in figure below is typically managed by a p2p or peer-to-peer network collectively following a protocol for communication between nodes and for validating new blocks. Once recorded, the data in any given block cannot be altered without consensus of the network majority. 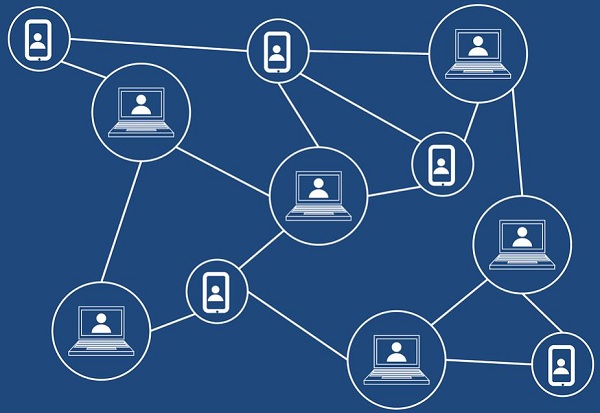 In case of bitcoins, the blockchain is a public ledger that records bitcoin transactions. It is implemented as a chain of blocks. Each block contains a hash of the previous block up to the genesis block which is the first block of the bitcoin blockchain. This is however achieved without any trusted central authority: the working of the blockchain is performed by a network of communicating nodes running bitcoin software. Transactions of the type payer A sends B bitcoins to payee C are broadcast to this network using existing software applications.

Nodes in the network validate new transactions, add them to their copy of the ledger, and then convey these ledger additions to other nodes. Each network node stores its own copy of the blockchain. Roughly every 10 minutes, a new group of validated transactions, a block, is created, and added to the blockchain, and then quickly published to all network nodes. This makes it possible for bitcoin software to determine when a particular bitcoin amount has been spent, and this prevents double-spending in a decentralized environment. It is noted that the blockchain is the only place where bitcoins can be said to exist in the unspent form.

Blockchain technology has led to the development of new, digital currencies like Bitcoin and Litecoin that are not issued or managed by government or any central bank of a country. This frees individuals from any kind of control and intermediaries like banking systems that are scam and subject to collapses. It has also led to distributed computing technologies like Ethereum, which has introduced smart contracts.

Blockchain is a replicated, shared ledger technology that allows any participant in the network to see ledger and make changes. It is open source, bringing down costs, improving efficiencies, increasing accessibility, addressing exciting and topical business challenges across a broad spectrum. Linux Foundation's Hyperledger is a project developing an open source, open standards shared ledger technology.

Nowadays, consumers demand transparency regarding products and their making. Governments require more information about corporate supply chains, with penalties for non-compliance. In such scenario, blockchain technology promises to deliver such expectations. It enables secure digital transfer of value or property across supply chains.

The following are the advantages of Blockchain Technology −

Many experts believe that blockchain technology can be used in online voting, crowdfunding and other emerging technologies and novel ideas. Major financial institutions such as JP Morgan Chase are confident that cryptocurrencies can lower transaction costs and make payment processing more efficient.

Bitcoin is one of the most popular and successful implementations of blockchain technology. It is an open source cryptocurrency that uses distributed peer-to-peer computing. There is no need of a central authority to manage bitcoin network. It was created by a person or group under the pseudonym of Satoshi Nakamoto. The transactions on this network are verified by proof-of-work algorithms on computers running a mining software.