We have the option to utilise other languages apart from English in the feature file. This is because, the majority of BDD tools have the support for internationalisation. The important fact is that the keywords - Then, When, Given can be described in other native languages like Spanish, French, and so on.

In that case, the developer can implement the step definitions in other languages as well. The list of all the languages can be obtained with the command: behave --lang-list.

Some more languages included in Behave are mentioned below − 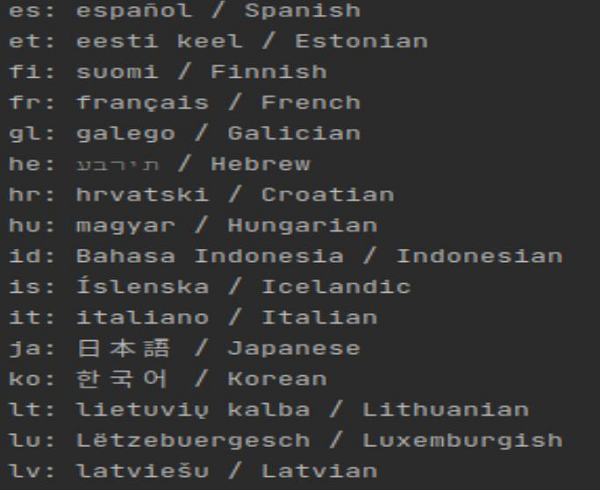 A feature file can be associated with a particular language. At this time, the BDD framework chooses the keywords for that specific language. The language can be set as default in the configuration file.

The feature file set up for selecting a particular language is given below and the language used as an example is Danish (da).