We can exclude the executing files by its filename from execution.

Suppose, we have more than one feature file within the features folder. The following screen can be seen on the computer − 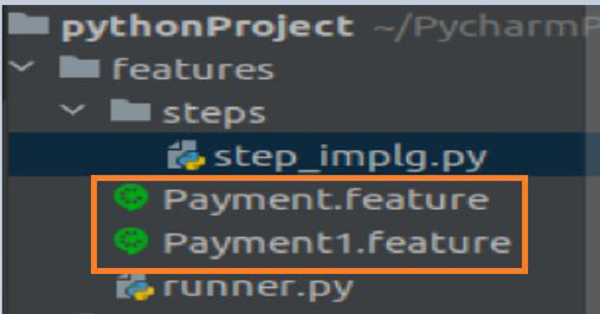 On executing the command behave, the output will be as follows −

If we have to only run the feature file Payment.feature and exclude Payment1.feature, we have to pass the command line argument --e or --exclude followed by pattern of the regular expression.

On executing the command behave --exclude *1.feature, the output is as follows −

The output shows one feature passed along with the Payment.feature file name. Also, Payment1.feature is not included in the run.