There are many variants of basketball, some play indoors and some outdoors, some play on larger grounds, and some teams have more players. We can play the fun game on any flat surface but FIBA, the organizing body has laid down some guidelines for a basketball court.

Courts at schools may be smaller. The court is divided into two symmetrical halves, one for each team. Various markings are painted on the court. There’s a circle at the center, free throw semi circles, restricted areas and three-point lines are marked on either side of the court. A no charge semi circular area is marked just below the basket. 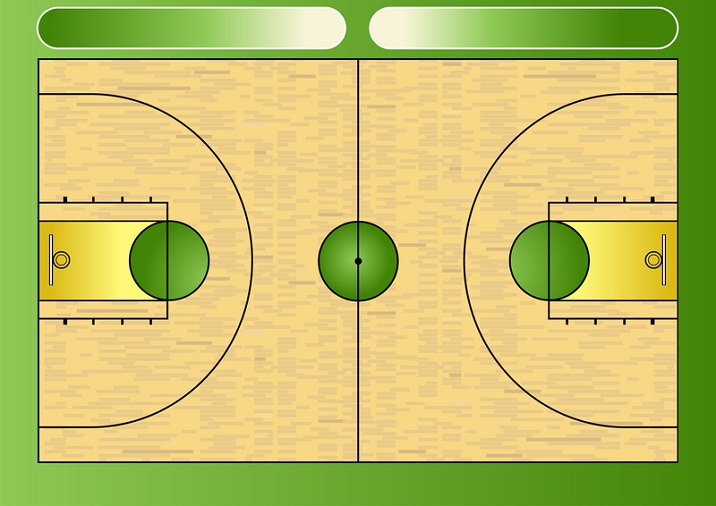