Basketball - How to Play?

The ball is tossed in the air to start the game. One of the players deflects it to a teammate. It is dribbled and passed among the teammates to protect the ball and to make a goal. The basket or the hoop is placed horizontally at the height of 10 feet on a back board. Each team tries to protect the goal on their side while trying to make a goal on the opponent’s side of the court.

The opposite team tries to get the ball, take control of it while bouncing and tries to grab it while it is passed among the team mates to prevent a goal. When a player commits a foul, the other team gets a chance of free throw or to inbound the ball. Each goal carries two points and each free throw one point. The team with higher score wins the game. Players may be substituted when a substitute asks for it.

The game starts when the referee throws a jump ball. In the international sport, each game is divided into four 10 minute periods. However, if there’s a tie between the teams they play for an extra period of 5 minutes. 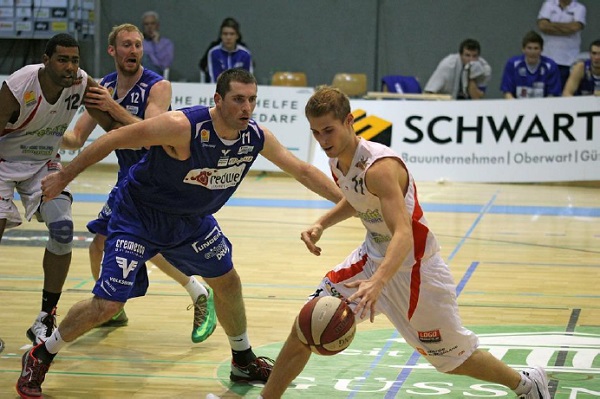 The play time may also be increased if a foul is committed just before the time ticks off. In such cases a free throw is granted despite the time lapse.

If a player throws the ball before the time lapses, but the ball flies down the basket after the timer ticks off, the goal is still considered.

Rules of the Game

Though basketball was invented with a set of thirteen rules, some rules were amended and many rules were added to help players play faster and make the game more interesting for the viewers. Some rules were introduced to minimize the advantage of height enjoyed by taller players.

There are many variants of the game at different places and these branches have governing bodies formulating rules of the game. In the US, basketball tournaments are very popular in colleges. Their rules in inter-collegiate championships are slightly different from the professional basketball sport.

What a Basketball Player Should not Do?

A player should not −

If a team or player violates any of the rules mentioned above, the team loses the ball and the ball is handed over to the opponent team. The opponent team throws it from the side of the court, this is called a throw-in.

Rules for women are slightly modified to lessen strain on players. Clara Baer, who introduced basketball for women, published a set of rules for women players in 1895.

FIBA − Fédération Internationale de Basketball Amateur (FIBA) is the international regulating body of basketball. It governs rules, appoints referees for international tournaments and conducts world cups every four years for both men and women. It is based in Geneva.

NBA − A tutorial on basketball cannot be complete without mentioning NBA, the most important basketball league based in North America. NBA organizes league championships and is a member of USA Basketball association. Its players are highly paid and they also play for other teams outside the US. Attracted by the huge talent in the US and high remunerations, many international players also play in NBA league matches. NBA formulates rules for its matches that may be slightly different from the ones stated by FIBA.