Lucknow, the capital of Uttar Pradesh, is very popular for its culture and traditions developed here by Nawabs of Awadh. Previously, the city was ruled by Delhi Sultanate, Sharqi Sultanate, and Mughals and then it came under Nawabs and then the British.

Awadh under Sharqi Sultanate and Mughals

The Sharqi Sultanate of Jaunpur ruled Awadh from 1394 to 1478AD. Awadh came under Mughals during the rule of Humayun in 1555. Jahangir gave an estate in Awadh to Sheikh Abdul Rahim and later he turned it into his kingdom.

Lucknow became the capital of Shuja-ud-Daulah, third Nawab of Awadh. The life of the Nawabs was extravagant. They loved art and music and also constructed many monuments in the city. The British fought with the third nawab because he gave shelter to Mir Qasim, the Nawab of Bengal. Shuja-ud-Daulah was defeated in the battle of Buxar and has to pay penalty and surrender some territories to the East India Company. 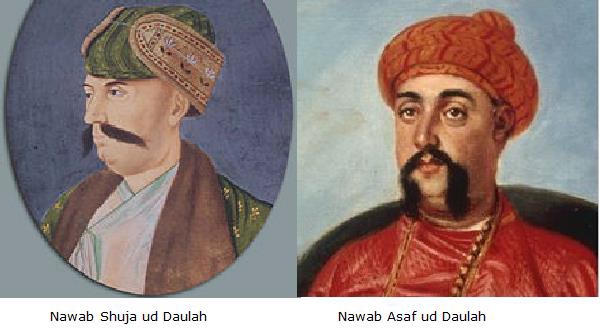 Asaf-ud-Daulah was the fourth nawab who succeeded Nawab Shuja-ud Daulah. In 1775, the nawab shifted his court to Lucknow from Faizabad. In his period, many mosques and other monuments were constructed. Asaf-ud-Daulah was succeeded by Wazir Ali Khan but British forced him to leave the capital. After that Saadat Ali Khan took over the throne with the support of British. In 1801, Saadat Ali Khan was forced to give many parts of the kingdom to the British.

In 1857, she participated in the mutiny but after the defeat of the rebels, she and other rebellions went to Nepal. In this mutiny, the rebels besieged Awadh and the British have to struggle for around eighteen months to control the situation and the kingdom again.Lucknow was one of the main base for Khilafat movement. The city later became a part of United Province which included Agra and Awadh. After independence, United Province was renamed as Uttar Pradesh and Lucknow was made its capital.

Bara Imambara was constructed by Nawab Asaf-ud-Daulah in 1784. In order to employ people during the 11-year famine, the nawab planned to build it. The famine affected the nobles and the common people.