There are many places which the tourists can visit besides the caves and cave temples. Here is the description of some of those places.

Agastya lake is 1 km away from Badami station. It is a very big lake and surrounds the caves. It is believed that the water of the lake is holy due to its healing capabilities. Bhutanatha group of temples are located at the east while caves exist at the southwest of the lake. The place is crowded for washing clothes and taking bath. 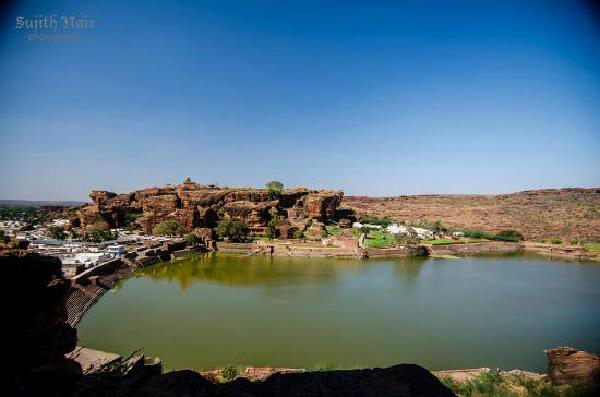 Badami fort lies opposite to the Badami caves and was built by the rulers of Chalukya dynasty. The fort is surrounded by double walls and was built on the basis of Chalukya architecture. Pallavas plundered the fort in 642AD. Tipu Sultan rebuilt the fort during his reign and added more structures to it. 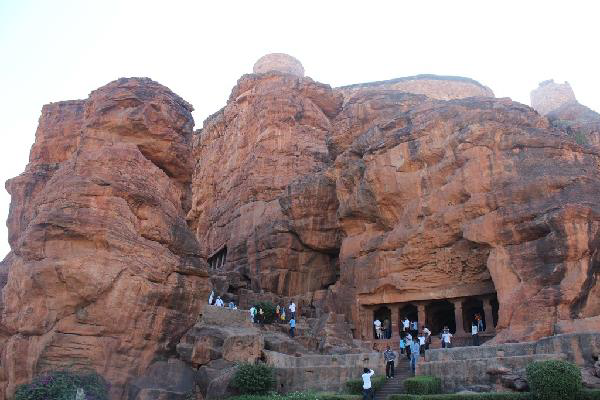 Bhutanath Group of Temples includes two temples. One temple is on the eastern side of the lake and is called Bhutanatha temple and other is on northeast side and is called Malikarjuna temple. Bhutanatha temple has a hall which extends to the lake. There are two mandapas in the temple out of which the inner one was built by Badami Chaliukyas and the outer one was built by Kalyani Chalukyas. 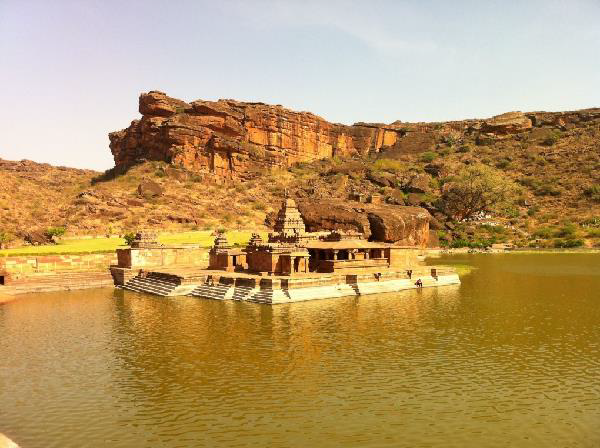 The temples in Aihole were built during the period of Chalukyas. It has 125 temples which belong to the followers of Hinduism and Jainism. The village has not yet been listed in the UNESCO World Heritage sites. Many tourists come to visit the temples and view different gods and goddesses established in the temples. Aihole is around 35km from Badami. 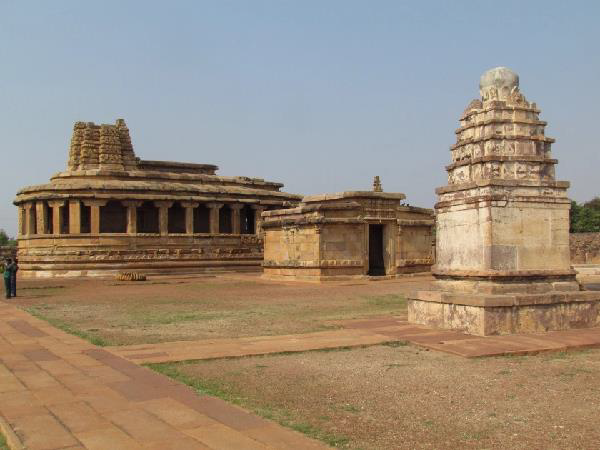 Pattadakal is around 22km away from Badami caves. It is a village where people can see Chalukya monuments. Since the place was considered as holy, the coronation ceremony of the Chalukya kings were held here. The first ruler to be coroneted here was Vijayaditya. Chalukyas made the place their capital and built many temples here.