Let us discuss our favorite and one of the champion Project Manager Mr. K, who is working in a renowned software product company. He is successfully managing a project for last seven months. All his stakeholders, including the client, are very pleased with the project progress so far. Also, the senior management of his company is impressed by the way he is managing the project and generating the revenue for last seven months. It’s a big client, already two more big projects of the same client have been delivered by his company a few months back. 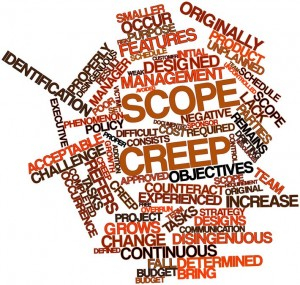 One day, he got an email from one of the senior person of the client side requesting him to add some new requirements which will be an add-on to the existing features. The new addition will increase the value of the product in manifolds. Though he was hesitant initially to add these requirements as this may increase the scope of the work and unethical as per project management philosophy but since it is a long-term project, he finally agreed on that. Also, he does not want to upset the client, which can impact on their long-term corporate relationship.

After few months, the customer again requested for some additional changes, this time also for the sake of the relationship with the client, Mr. K agreed to add the additional features. And this process goes on for some time.

The Project delivery dates become nearer, but the project works are still pending. The addition of new features increased the project scope. They already missed some important milestones, and already running out of time. Mr. K and his team are now putting more effort, working overtime to catch the deadlines. It is demoralizing his team and also draining the project budget. The top management of his company has been putting pressure on him to complete the project on time.

Mr. K is now under a lot of stress, the project is going out of his control. But what was his fault? What mistake he did? He was agreed to add the additional features into the scope, as he did not want to upset his customers and also to maintain a good relationship with them. In today’s competitive market, you can not afford to disappoint your customers. A good relationship with your customer can award you many more projects in future.

Is the integrated change control process could have saved him to fall in this situation? Yes, the controlled change process helps the expansion of the project scope by adjusting the time, cost, resources and the budget of the project. This is a typical example of scope creep. 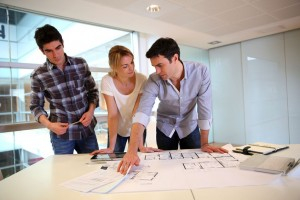 Even when you are strictly following the project management process, and working stick to your project scope baseline, still the addition of new features/changes can not be avoided. Some of the reasons of scope creep are:

How to Avoid Scope Creep?

Let’s discuss some of the steps if Mr. K should have taken from the beginning, which could save his project from scope creep:

To avoid the scope creep, while considering the changes, go back to initiation phase and perform those processes again with the new changes. Break the new requirements into work packages, and accordingly, update your Work Breakdown Structure (WBS). Based on that estimate the project schedules, the earlier defined major and minor milestones dates may be changed. So, update them, get them approved, and share with your stakeholders including the client.

As we discussed, in today’s competitive market, we cannot avoid changes or new addition to the requirements at any stage of the project, whether on request of client or by influencing stakeholders. But by practicing the proper process and techniques, we can manage those unwanted changes and prevent the scope creep.