In Asynchronous Transfer Mode (ATM) networks, the ATM Adaptation Layer (AAL) provides facilities for non-ATM based networks to connect to ATM network and use its services.

The following diagram illustrates the function of AAL − 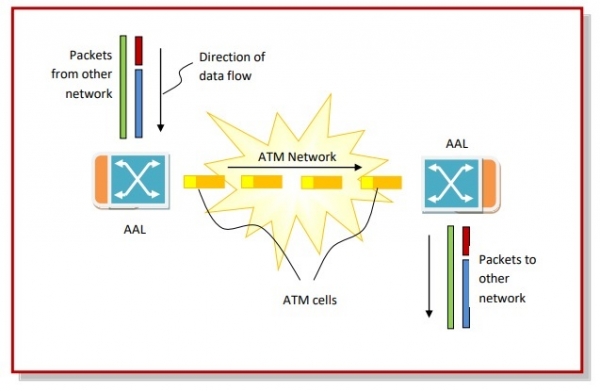 This layer has two sub layers −