People tend to mistake assertiveness as aggression, but there are remarkable differences between the two.

Being Assertive vs. Being Aggressive

Being assertive means you are capable of voicing your thoughts and opinions, and knowing how to seek constructive feedback from others. You know how to handle criticism and opposing views. When you take a decision as an assertive person, it results in a negotiation where the interests of both the parties are honored.

Being aggressive means you exert your rights and blatantly express your needs, but only by humiliating, insulting and degrading others. You might consider that to be motivating others, but it’s all about selfishly pursuing your own ambitions without taking others’ thoughts and opinions into consideration. It involves pushy, violent, and dominating behavior. 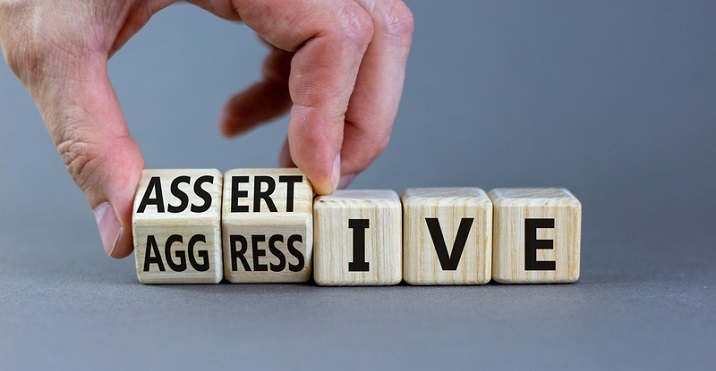 Interestingly, people exhibiting both the behaviors are extremely competitive and goal-oriented. However, an assertive person would take the team along with him on his way forward, whereas the aggressive person would pressurize and exhaust, even step on other people to reach his goal. As a result, assertive people celebrate their success with everyone participating in it, as they can see their own success in his. On the contrary, an aggressive person celebrates his success alone.