There are four divisions of the Amer fort and each division is known as courtyard. All the sections have a gate to make an entry. The main entrance of the fort is through Suraj Pol or Sun Gate as it faces east. Sawai Jai Singh II built this gate.

The first courtyard is called Jalebi Chowk or Jaleb Chowk. Here the armies held victory parades under the commander called Fauj Bakshi and Royal families view it. There were stables for horses and rooms for the soldiers. 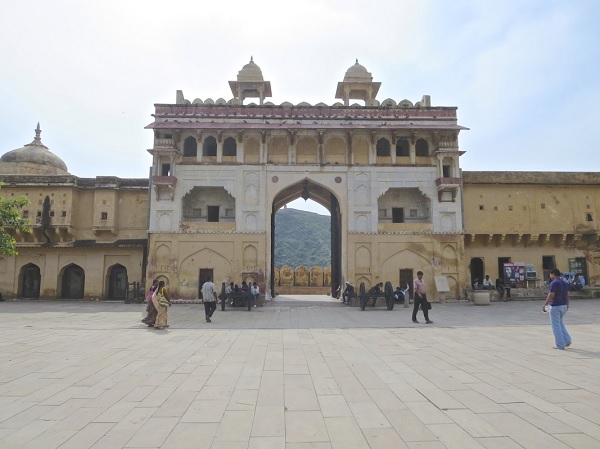 Ganesh Pol is another gate which led to the palaces of maharajas. There is a Suhag Mandir above the gate where royal ladies used to worship.

Sila Devi Temple is situated on the right side of Jalebi Chowk. Legends say that Sila Devi was the incarnation of Goddess Kali. There is a double door entrance to the temple covered with silver. The deity is surrounded by two lions one on left and one on right and both lions are also covered with silver. The entrance has a carving of Lord Ganesh which is made up of single piece of coral. 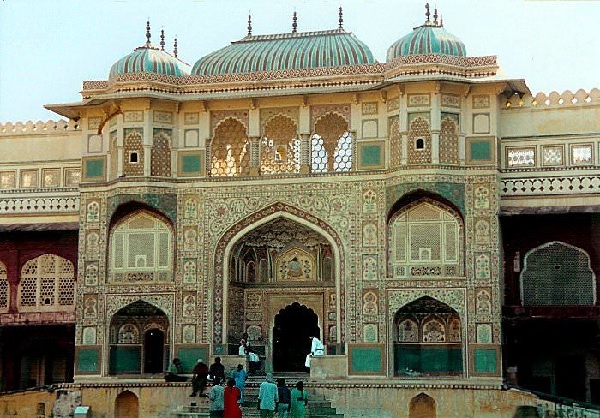 There is a stairway from the first courtyard which leads to second courtyard where Diwan-e-Aam or the public hall was constructed. There are 27 evenly divided columns situated on a raised platform each having an elephant-shaped capital. 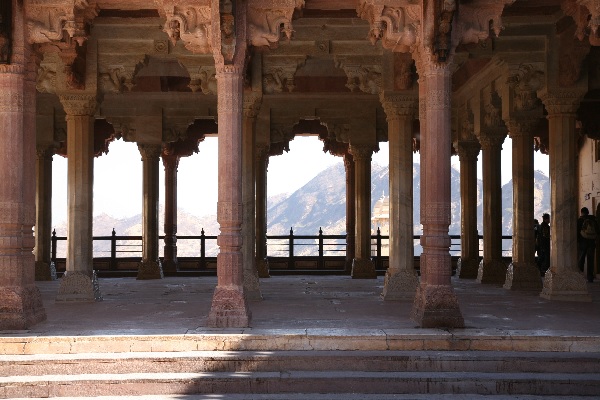 Diwan-e-Khas was also located here for the meetings of king with people of the court, ambassadors, and other royal guests. 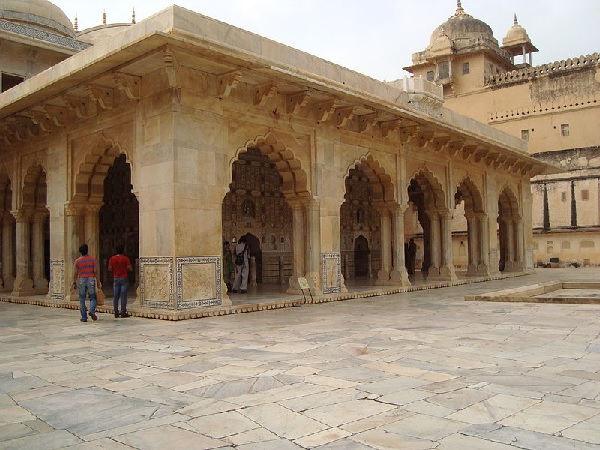 The tourists can enter the third courtyard through Ganesh Pol. This was the courtyard where royal families and their attendants used to live. Ganesh Pol is covered with mosaic and there are many sculptures engraved on it. Jai Mandir and Sukh Niwas are the two buildings constructed on this courtyard. Between these two buildings there is a garden built in the same way as Mughal Gardens.

Jai Mandir has ceilings with convex-shaped multiple mirrors. These mirrors are made colourful so that they can glitter due to candle light at night. That’s the reason that Jai Mandir is also known as Sheesh Mahal built by Raja Man Singh which was completed in 1727. 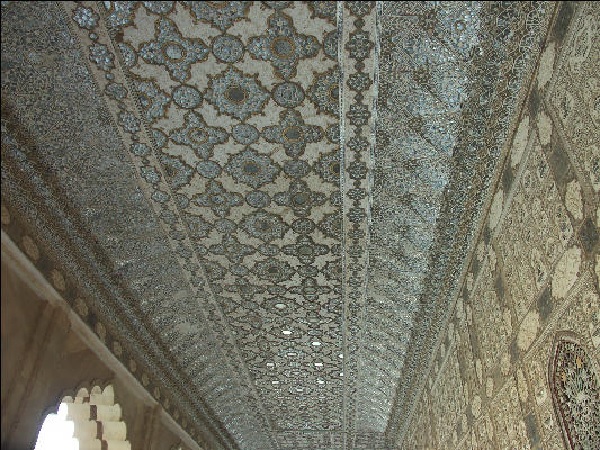 Sukh Niwas is also known as Sukh Mahal whose entrance is a sandalwood door. The palace was made cool through pipes with water supply which produced an air-conditioned environment. 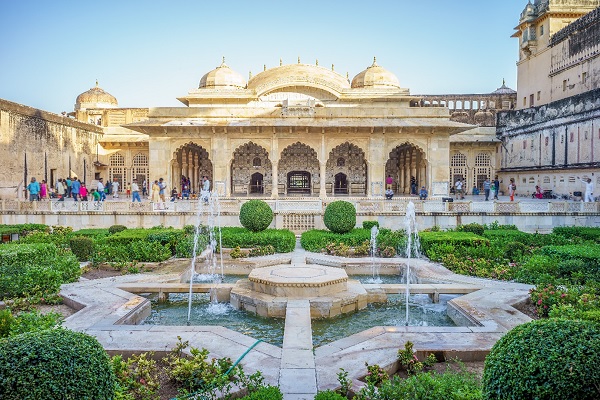 The Sukh Niwas has a magic flower which is a marble panel carved on a pillar. The seven designs on the flower are

Man Singh I Palace was completed in 1599 during the reign of Man Singh I. It took around 25 years to build the palace. There is a pavilion in the centre of the palace called baradari. Along with this, there are colourful tiles for decorating the rooms. There are small rooms surrounding the pavilion each having a balcony.

The garden was built by Raja Jai Singh I who ruled from 1623 to 1668. The construction of the garden was based upon the Mughal garden. The garden is made in hexagonal shape and is placed between the Jai Mandir and Sukh Niwas. There is a star-shaped pool with a fountain at the centre. 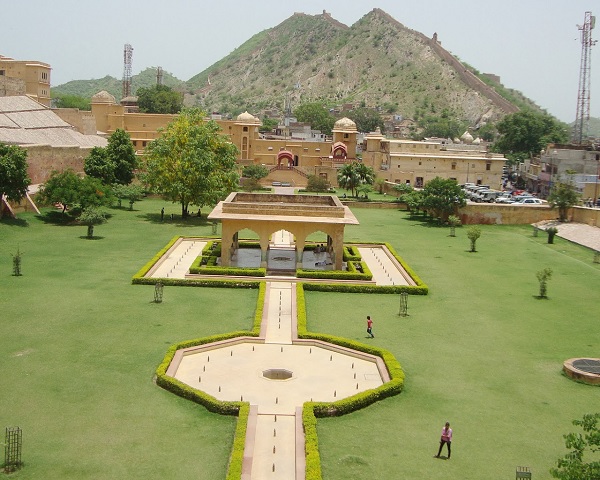 The garden was watered from the channels of Sukh Niwas and channels from the roof of Jai Mandir. The channels that originated from Jai Mandir were called Chini Khana Niches.

Tripolia Gate is a gate which provides entrance to the fort from the west. Since the door opens in three directions, it is called tripolia gate. The three directions include Jalebi Chowk, Man Singh Palace, and Zenana Deorhi.

The lion gate or singh pol led to the private apartments in the fort premises. The gate was named so because of its strength. The gate has frescoes on its outer side. The gate was guarded by the defenders so that the invaders could not reach the palaces.

This is the courtyard in which royal ladies and their attendants resided. There were many rooms for the mother and wives of the king. The rooms were designed in such a way that when a king chooses to live with one of his wives, other wives do not come to know about it.

Jas Mandir is situated in the fourth courtyard for royal women to worship. The temple has floral glass inlays. The temple was built on the upper part of diwan-e-khas. The floral designs with glass in them were used to decorate the temple. These glasses were imported from Belgium.