The Object Oriented programming paradigm plays an important role in human-computer interface. It has different components that take real world objects and perform actions on them, making live interactions between man and the machine. Following are the components of OOPS −

Real-world objects share two characteristics − They all have state and behavior. Let us see the following pictorial example to understand Objects. 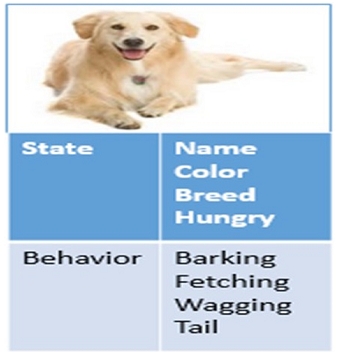 In the above diagram, the object ‘Dog’has both state and behavior.

An object stores its information in attributes and discloses its behavior through methods. Let us now discuss in brief the different components of object oriented programming.

Hiding the implementation details of the class from the user through an object’s methods is known as data encapsulation. In object oriented programming, it binds the code and the data together and keeps them safe from outside interference.

The point where the software entities interact with each other either in a single computer or in a network is known as a public interface. This help in data security. Other objects can change the state of an object in an interaction by using only those methods that are exposed to the outer world through a public interface.

A class is a group of objects that have mutual methods. It can be considered as the blueprint using which objects are created.

Inheritance as in general terms is the process of acquiring properties. In OOP one object inherits the properties of another object.

Polymorphism is the process of using same method name by multiple classes and redefines methods for the derived classes. 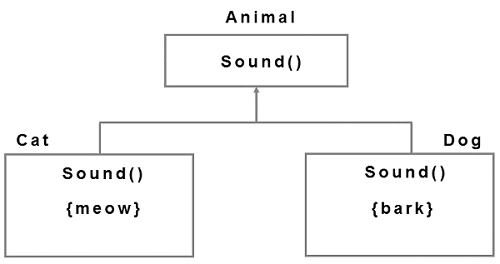