Before going deep into the working of ZooKeeper, let us take a look at the fundamental concepts of ZooKeeper. We will discuss the following topics in this chapter −

Take a look at the following diagram. It depicts the “Client-Server Architecture” of ZooKeeper. 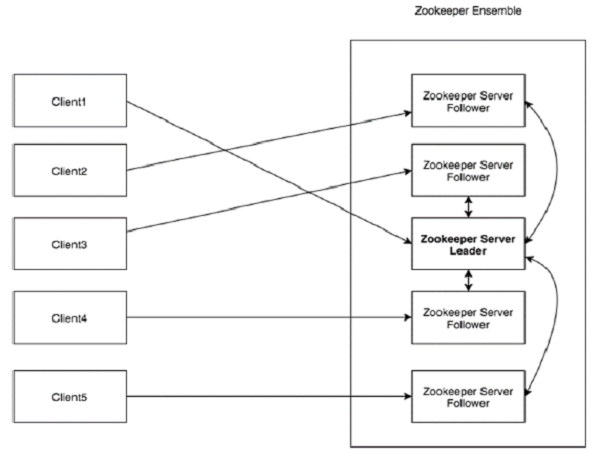 Each one of the components that is a part of the ZooKeeper architecture has been explained in the following table.

The following diagram depicts the tree structure of ZooKeeper file system used for memory representation. ZooKeeper node is referred as znode. Every znode is identified by a name and separated by a sequence of path (/). 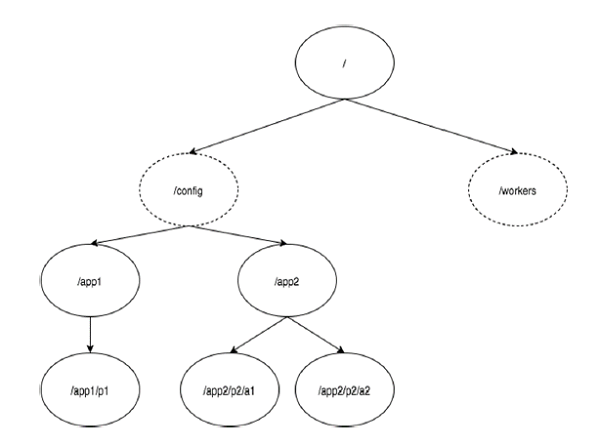 Every znode in the ZooKeeper data model maintains a stat structure. A stat simply provides the metadata of a znode. It consists of Version number, Action control list (ACL), Timestamp, and Data length.

Znodes are categorized as persistence, sequential, and ephemeral.

Sessions are very important for the operation of ZooKeeper. Requests in a session are executed in FIFO order. Once a client connects to a server, the session will be established and a session id is assigned to the client.

The client sends heartbeats at a particular time interval to keep the session valid. If the ZooKeeper ensemble does not receive heartbeats from a client for more than the period (session timeout) specified at the starting of the service, it decides that the client died.

Session timeouts are usually represented in milliseconds. When a session ends for any reason, the ephemeral znodes created during that session also get deleted.

Watches are a simple mechanism for the client to get notifications about the changes in the ZooKeeper ensemble. Clients can set watches while reading a particular znode. Watches send a notification to the registered client for any of the znode (on which client registers) changes.

Znode changes are modification of data associated with the znode or changes in the znode’s children. Watches are triggered only once. If a client wants a notification again, it must be done through another read operation. When a connection session is expired, the client will be disconnected from the server and the associated watches are also removed.