In the recently concluded Apple’s Worldwide Developer Conference (WWDC), the technology giant revealed its upcoming versions and products that can create a rave in the market once released. The prime focus was on the upgrades of its existing products with higher performance that can enhance ultimate user experience. It has updates for almost all its existing products, be it iPhone, Mac laptop, Watches, TVs to IPad Pro and also the brand new Siri-enabled Homepod. 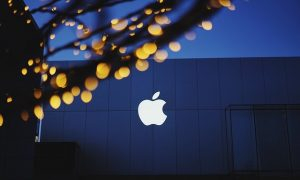 The WWDC event of Apple is a yearly event which lasts for a week. That is the platform where Apple announces its upcoming technology which many of its users and the competitor’s wait eagerly to know what is stored in for the future from the technology giant.

Like every year, this year also Apple announced many upcoming technologies which can be availed to its customers in near future. There is an update to its iOS versions; the iOS 11 is on the way. For the Apple Smart Watch, a new version watchOS 4 will be released soon. Also, good news for Apple TV fans, there will be tvOS 11 coming to the market with some exciting features. For the Mac lovers, there are updates to the entire Mac Laptop line and also a new iMac Pro is on the way. Also, Apple is going to launch a brand new product called Homepod having Siri-enabled speakers.

Let’s have a glance on the upcoming products and updates from Apple as announced at WWDC 2017.

iOS 11- The New Version of iOS

The iOS 11 is the upcoming version of iOS which may release by September 2017. There are some exciting new features added to this version. Let’s have a look. 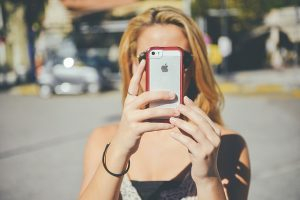 In iOS 11 version, Apple has improves the camera application with a range of new options. It allows HIEF compression for photos which makes the photos same as JPEG quality but at half of the file size. You can also able to edit the live images with different awesome frames.

There are changes to Control Center too. It now displays all control on one page with slider to control volume and brightness. With the 3D touch, the Control Center is redesigned to provide more control with more comfort.

For the first time, Apple has redesigned the App Store. Now it is more organized with dedicated tabs for games and general apps, enhancing the user experience comfort level in case of finding new games and applications.

There are some major updates to Sierra announced at the event. The Sierra which Apple rolled out last year has some exciting upgrades for this year. These improvements surely enhance the Mac user experience. 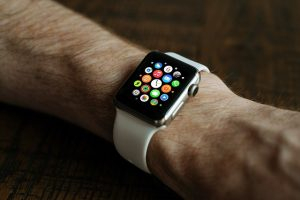 At the Apple’s WWDC 2017, the company also announced some exciting new features to its Apple Watch. The new version WatchOS 4 will provide some useful features to its users, let’s have a look.

On the Apple TV front, there is not much great announcement came from the company at the WWDC 2017, except the new version update. The latest version of TvOS 11 may release at the September-October time period. At the conference, the only highlight of this version was that the Amazon Prime Music is coming to the Apple TV.

Apple announced at the event that the existing 9.7 inch iPad Pro will be replaced soon by the brand new 10.5 inch iPad Pro which is going to be released this year. It will be a big screen but with less weight – just around a pound. 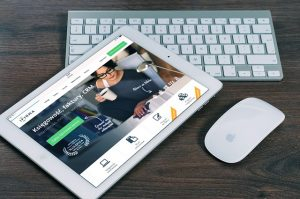 Apple announced that the new iPad Pro is powered by the A10X chip with six-core CPU, 12-core GPU and minimum 64GB of RAM. It has improved refresh rate of 120HZ just double from its 9.7-inch version. The Apple Pencil and Camera feature are also been upgraded to provide rich user experience.

The Apple Pencil is more responsive and natural in use, while the Camera has the same setup as the iPhone 7. It will be a 12Mp rear-facing camera with flash, and 7Mp front-facing camera with display-powered flash. Also, it has improved four speaker sound system and support for the smart connector.

At the conference, Apple has announced its next big gadget named as “HomePod”. Homepod is a home speaker product powered by the company’s Siri voice assistant. That makes it smarter home speaker.

The Homepod will be 7-inch tall with 4-inch upward facing subwoofers, which is powered by A8 chipset. It can detect the space around it and can improve the audio accordingly. It allows you to access the Apple Music library which contains around 40 million songs on demand. With Siri voice assistant, it can handle the standard request like sending iMessages and answering queries.

The chances are there that it may be available in the market by December 2017. You can grab a Homepod by spending $349.

Apart from these awesome updates from the technology giant Apple, there are few more upgrades in the iMac range. The iMac range will be upgraded to provide extraordinary graphics performance. Also, there are upgrades for all the existing Mac laptops such as MacBook, MacBook Pro, MacBook Air focusing on the higher performance, faster graphics and improved processors.

Finally, at the WWDC 2017, Apple has announced many updates for its existing products as well as few new products for its exclusive customers. Though some products are expensive as compared to the competitors, still there is a section of people who loves only the Apple products. They may prefer to buy these Apple products rather than going to some other vendors.