Technology has manifested itself in numerous forms. Since the last decade, the remarkable growth and progress that we have witnessed in the field of technology are breath-taking and jaw dropping. We are integrating technology everywhere possible within our surrounding. Technology is in our homes, and in some cases, within our bodies too. 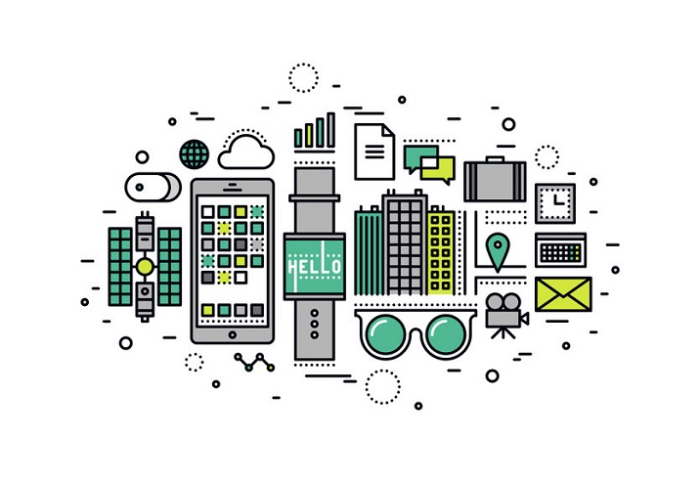 In fact, we have evolved our technology to ‘smart’ technology. One could easily notice how the adjective ‘smart’ is getting common with newer devices. In layman’s terms, a device can be called ‘smart’ when it has the capability to operate autonomously and can communicate with other devices. So this brings us to the following question.

What is Internet of Things (IoT)?

The Internet of Things, stylized as ‘IoT’ is the interconnection between two or more ‘smart’ devices. These smart devices may include vehicles, buildings, home appliances, and every other device having connectivity, sensing, actuating, and data processing capabilities. The scope of Internet of things is virtually endless. 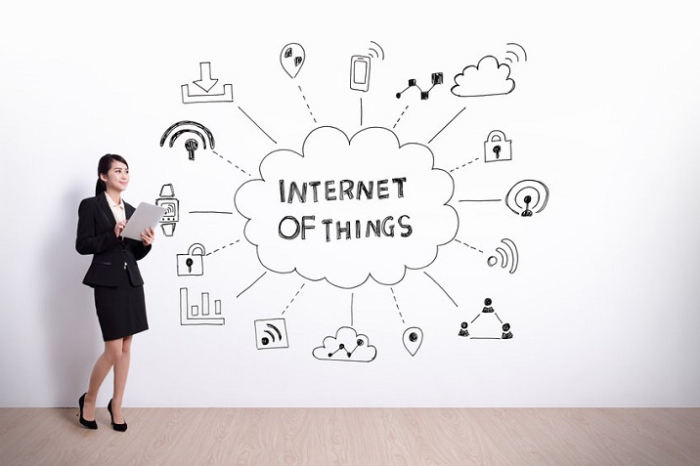 IoT can make human lives easier at an unimaginable level. In simple terms, using IoT, your smart devices can talk to each other and can exchange data with each other for better productivity. Devices will learn to automatically sync with one another, making the lives of the owner easy. All he has to do is feed details in one and all will follow.

These were just a few of the million ways that IoT can be used for. IoT can be used anywhere from your pocket to your home to heavy industries to interstellar technology.

Cortana is Microsoft’s take on the personal digital assistant. It is similar to Apple’s ‘Siri’ and Google’s ‘Ok Google’ feature. Cortana was introduced with Windows 10. Cortana is an Artificial Intelligence based assistant that enables users to speak to their windows powered computers and smartphones. Cortana enables users to operate their Windows 10 powered devices through voice. Similar to Siri and Google, it uses speech recognition to operate. 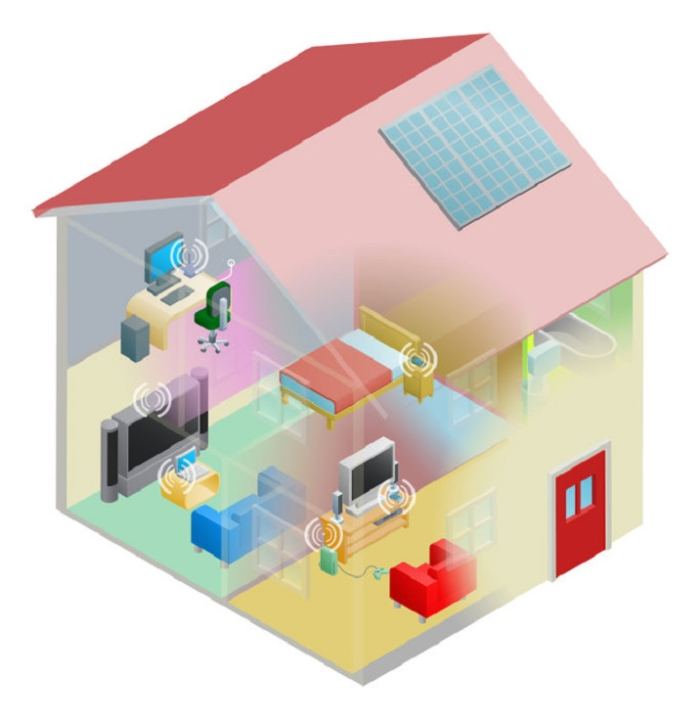 Users just have to say “Hey Cortana” followed by the commands Such as” open D drive”, “What’s the weather like?”, “How far is the moon?”. After recording the speech via the microphone, Cortana uses the internet to decipher the voice command and provides the desired results to the users. It also tracks records, sets alarms, manages calendar, and etcetera for the users.

With the new creator’s update for Windows 10, Microsoft is planning to incorporate Cortana support (Windows’ Artificial Intelligence Assistant) for core devices based on Windows 10 IoT. This information was provided by officials from Microsoft at WinHec 2016 held in Shenzhen, China. The title of the session was “Cortana and the speech platform.”

May Ji, the principal program manager at Microsoft sketched the various ways Microsoft envisions the Personal Computer. She also added how their partners can now make use of the latest features that have been planned to be introduced with the creators’ update of Windows 10. Some of these features include “Far-field Voice” support and “Wake on Voice from Modern Standby”.

What is “Wake on Voice from Modern Standby”?

With the “Wake on Voice from Modern Standby” feature, users having personal computers with Windows 10 Modern Standby support in the power management can command Cortana through voice to turn on their devices from off state to fully functional power on state.

What is “Far-field Voice” Support?

Cortana is now capable of working within rooms having ambient noise from a distance of up to 13 feet or 4 meters as it now has the “Far-field Voice” support.

When do We get it?

It is anticipated for the Windows 10 Creators update to begin rolling out with Cortana having English support in the US and the UK. Support for other regional languages will roll out in the later stages of the update process. The roll out of the Cortana support for Windows 10 IoT Core devices is speculated to be a little delayed.

A Word on Updates from Windows:

The Anniversary update for windows 10 was rolled out by Microsoft in August 2016. With this update, Microsoft considerably overhauled the Cortana by making it working better on PCs and from farther distances. After the Anniversary update, Cortana can work above the lock screen with the “immersive Cortana experience”

Windows is planning to improvise and enhance Cortana with the upcoming Creators’ update. Cortana would be more responsive, interactive, and robust after the Creators’ update. As of a few days ago, Windows insiders are spotted using the 14986 test build of the operating system on PCs.

Some watchers of the company are anticipating the inclusion of Far-field voice to make OEMs capable of building devices based on Windows that would be similar to Google’s Home and Amazon’s Echo. It was made clear by May Ji that Microsoft is focusing on devices with a screen and not the other way around. This would remain same for the devices running the Internet of Things (IoT) Core version of Windows 10.

What is “Internet of Things (IoT) Core version of Windows 10”?

The Internet of Things (IoT) Core version of Windows 10 is a special variant of Windows that is targeted for various smaller embedded systems based on Intel and ARM architecture that may not necessarily have screens. Some of the best examples of these systems are the Raspberry Pi 2 and Arduino. Windows IoT Core is also targeted for various cheap industrial devices such as IoT gateways, as said by the officials.

Microsoft plans to bring IoT to various basic devices such as refrigerators, toasters, and thermostats in the near future. During her WinHEC talk, May Ji flaunted an image of a refrigerator and a thermostat running Cortana on screens. The officials at Microsoft are continuing to claim Cortana to be an extremely personal digital assistant that can give personal and proactive assistance to its users. 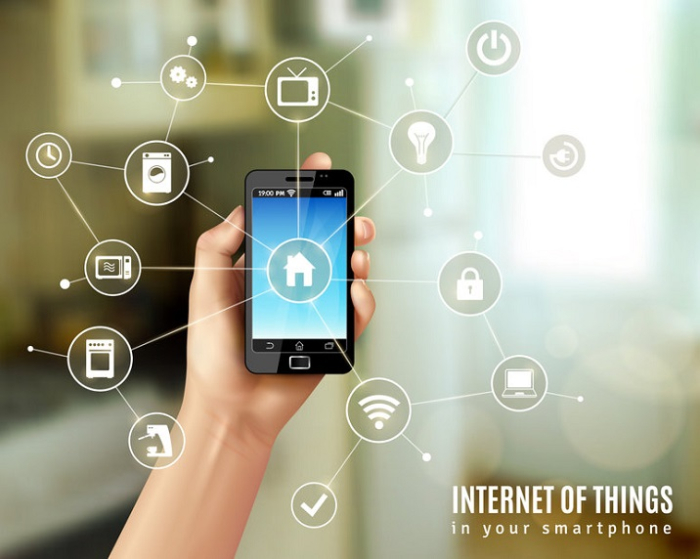 At WinHEC, May Ji even went on further to state that the current version of Cortana has around 1,000 skills up its sleeve, available for developers. This move from Microsoft will enable device manufacturers to manufacture their devices with display units working on Windows 10 Core IoT platform. Cortana can be accessed through any smart device that has a display unit embedded within it.

Microsoft recommends device manufacturers to build devices with dedicated devices, so that, their devices can have the complete access to all of Cortana’s User Interface. Microsoft aims at providing an ‘Immersive Cortana Experience’ to its users. Microsoft has also begun to test some enhancements in Cortana’s User Interface that enables it to use a full-screen interface and an immersive user experience from a Windows 10 powered device.

Microsoft is taking care of all the software necessities to open up a gateway for device manufacturers to gaze at newer possibilities through the Internet of Things (IoT) platform.

We are very lucky to witness such a rate of progress in technology. With the integration of Cortana into our IoT appliances, we could literally talk to our devices and nobody would ever be alone. Well, that’s another thing of great concern. With higher integration of IoT, there is a possible threat to our privacy and identity. IoT would be our next great global accomplishment when these threats would be taken care of.