Why did Intel Abandon a Promising Project like Atom?

As of now, Intel is taking few of the last breaths left in the colossally competitive smartphone and tablet market. Intel drained out millions and billions of dollars in developing and marketing its mobile processor department. The PC chip manufacturer couldn’t stand a chance when it had to face the likes of Qualcomm and Mediatek as per my opinion.

According to an Intel spokesperson, the company had to cancel two of its Atom-based chips immediately. These chips were code-named, Sofia and Broxton. These are perhaps the first few products that Intel has terminated for bringing in a revamp in its operations. Intel also went on further on announcing a cut of around 12,000 jobs. 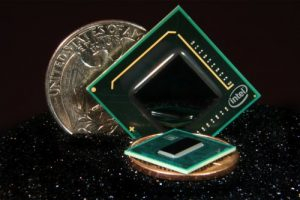 Analyst Patrick Moorhead was the first person to bring out the news on Forbes’ website. The spokesperson also stated in an email that all the resources booked for the development of the Sophia and the Broxton chips will be shifted to products that yield higher returns and that benefit the company by strategically advancing it.

Sofia and Broxton were Shelved Projects too

Few key questions marks and hangs over the lifeline of Intel’s Atom-based processors after Sofia and Broxton got canceled. The existing chips dedicated for smartphones and tablets are becoming obscure with the passing time and haven’t received any update since long. Sofia is already available in the market. But, the shipment of the Broxton chip had been delayed this year. 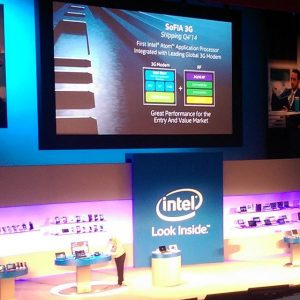 Another Atom-based Chip named Cherry Trail is also being phased out by the tech giant. Pentium and Celeron based chips code-named Apollo Lake are replacing the X5. These chips, instead of pure tablets, are aimed more towards various hybrids. Intel’s Skylake Core M processors have become the favorite choice of PC manufacturers for hybrids and tablets, rather than the Cherry Trail processors.

Intel’s perception of the tablet segment as a standalone market has changed. With more hybrids and tablets similar to PCs getting popular around the market, the difference between PCs and tablets is getting blurred day by day. However, Intel will continue to provide support for the existing tablet users with the few chips that already exist, rather than developing newer models of chips. 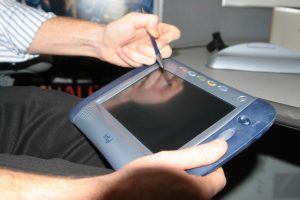 As of now, Intel is planning to support their tablet customers with the Cherry Trail, The Sofia, and the Bay Trail chips. Later on, the support will be shifted towards some Core processors family and the Apollo Lake processors. In fact, this decision could enable handhelds and hybrids in achieving PC-like computing capabilities in the near future.

We may finally be able to replace PCs that take up a considerable amount of real estate and hinder portability with tablets that only can provide the same amount of productivity as a PC but also can easily fit within our bags Some of Intel’s products were on the top of the blacklist to be terminated after Intel stated that it is going to review its projects and other lines of products in order to restructure its operations.

The Intel Atom, a Costly Disappointment

Millions and Billions of hard earned dollars was banked by Intel in its mobile chip business. But, it could not come no-where close to the uncrowned king of mobile processing, ARM (Advanced RISC Machines). ARM-based processors from Qualcomm and Mediatek had already invaded most of the mobile computing market when Intel landed on the market. 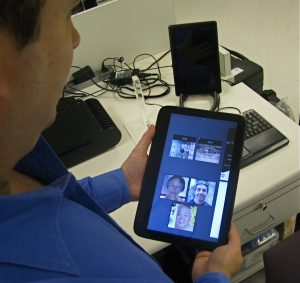 The Atom could appeal to a very limited number of smartphone manufacturers such as the first generation of Asus Zenfone and some tablet manufacturers like HP, Acer, Dell, and etcetera. Again, Asus also dropped the Atom chip and replaced it with Qualcomm’s Snapdragon processor in the second generation of the Zenfone.

The tablets from HP, Acer, and Dell also did nothing remarkable in the market either. Moreover, tablets are also being replaced with detachable hybrids in the current market scenario. Even cheaper laptops and netbooks don’t feature Atom processors anymore. It is perhaps a smart move from Intel on planning to shut down its mobile chip manufacturing as it had moved` its focus from its mainstream PC business.

When the Intel Atom was Successful

The path for the Intel Atoms has been troublesome for quite a while. This doesn’t mean that it has always been disappointing since its beginning. For starters, it was the most chosen processor for netbooks, back in the day, when netbooks used to be popular. Almost every other netbook featured an Intel Atom processor back then. 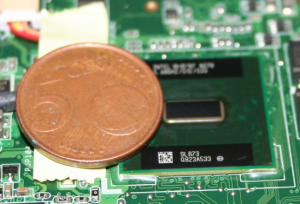 Even cheap laptops from bigger manufacturers used to include Intel Atom processors under the hood. Although the Atom processors couldn’t match the computing capabilities of Intel Pentium or Core processors, still, it could pull off basic day to day tasks such as word processing, handling spreadsheets, video playback, and etcetera.

Intel’s Plans for the Future

Intel has now tied up its mobile strategy division with 5G. The monetary and human resources that were previously dedicated for the Sofia and Broxton chips are rumored to be redirected towards manufacturing 5G enabled modems and chips. 5G is expected to be about a 100 times faster than 4G at around a speed range of 1GB/S to 100GB/S. It is estimated that 5G technology is going to hit the market by 2020. 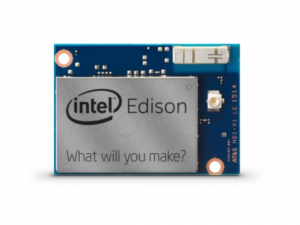 The introduction of 5G technologies could redefine the current ways that devices are manufactured. 5G is estimated to go even beyond mobile devices. It is speculated that 5G would also bring superfast mobile connectivity to PC, drones, robots, smart home vices, smart wearable devices and Internet of Things enabled devices. Intel’s commitment towards the 5G would yield assured long terms returns to the company in the long run.

Intel had already implemented this strategy back in 2003, the Centrino wireless technology from Intel made the Wi-Fi, a must-have feature across notebooks. The 5G strategy shows that Intel plans well ahead of time in acquiring future technologies. Moreover, Intel will continue to emphasize on cloud computing, Field Programmable Gate Arrays (FPGAs), Xeon Server chips, Pentium and Core processors and Silicon photonics.

It must have been a tough call for Intel to drop down the Atom chips. But, Intel dropped it for good. Back then, Atoms used to be the most affordable Intel processors. But, with the monopoly and the ever growing rate of the adaptation of ARM-based chipsets, Atom chipsets are not even comparable.

Indeed, these processors were implemented in a host of devices, still with newer trends in technologies; these chips could not simply evolve. Maybe in the near future, we may see some variants of the Sofia and the Broxton chips across some IoT platforms. Intel is correct to work on future technologies rather than banking on Atom processors.