Why are South Africans called ‘Protease’?

Not all South Africans are called Proteas; it's just their national cricket team which is called by that alternate name. Protea is the name of a flower that has pink and yellow petals and it is the national flower of South Africa. It's a tradition in certain cricket playing countries to be called by names of some of their national symbols.

Take the case of the South African rugby team - they are called Springboks after the spectacular antelope from the wilderness of this country, which is among the fastest land animals on earth and is known to leap up to 4 meters in the air while speeding away from predators. 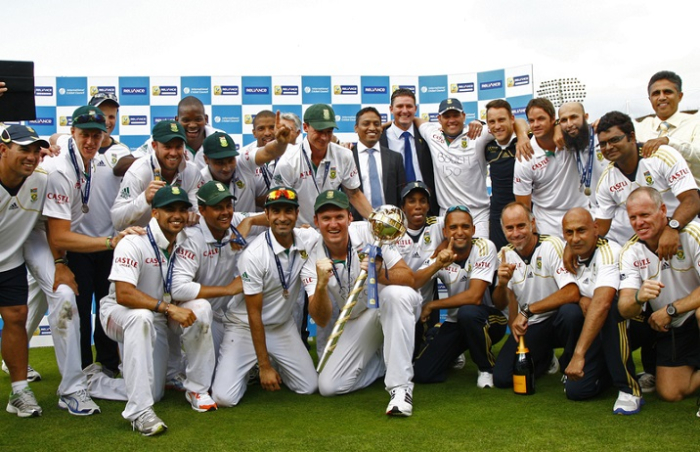 This is an interesting way of referring to sports teams although it seems to be confined to a few English-speaking countries in the southern hemisphere. The Australian cricket team is usually called Aussies but they are also called Kangaroos occasionally. That's because the Kangaroo is a uniquely Australian animal and the Australians are rightfully proud of this animal.

The New Zealand cricket team is mostly referred to as Kiwis, after a bird with a penguin-like beak which is unique to this island nation in the South Pacific. The players of the national cricket team of New Zealand are also called the Black Caps while those of the New Zealand rugby team are called the All Blacks as well as Kiwis.