What resources are required to replace/modify at the core level of the operating system?

The Windows Operating System is one of the most used Operating Systems in the world. It is known for its user-friendliness, interactive and simple user interface. There are certain issues with the windows operating system that need to be resolved in order to improve its performance even further. 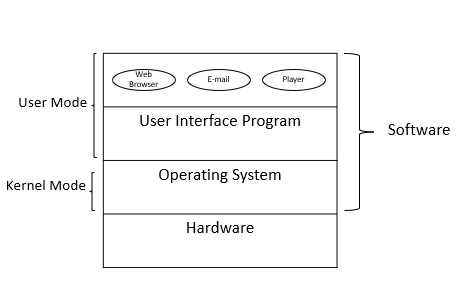 The hardware components present at the bottom shown in above diagram. It is considered as the most important part of a computer system. To protect the hardware from direct access, it is placed at the lowest level of hierarchy. Hardware components include circuits, input output device, monitor etc.