What is the POP Protocol in Computer Network?

POP stands for Post Office Protocol. It provides a standard mechanism for retrieving emails from a remote server for a mail recipient. For instance, suppose that a home user A usually connects to the Internet using a dial-up connection to an ISP.

Suppose that another person, B, has sent an e-mail to A, when A is a net connected to the Internet. The email gets stored in the mailbox for user A provided by the ISP.

In simple terms, a user who wants to receive emails but does not have a permanent connection to the internet uses a POP client to pull emails from the POP server. 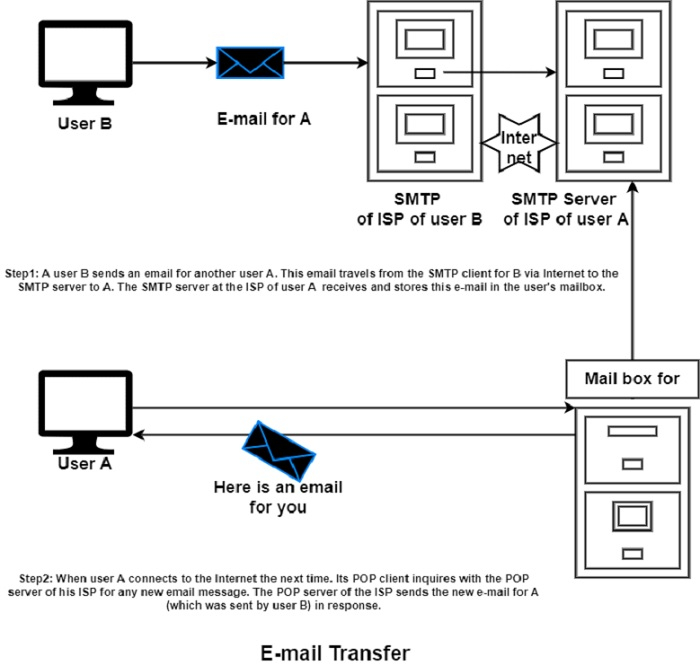 As we know, desktop computers are usually powered down when the business hours are over. Therefore, the solution to this problem is having a POP server, whereas the SMTP server in an organization receives and stores all the incoming emails for any user in that organization. It is not used for transporting the emails to the end destination.