What Is the Kyoto Protocol and Why Is It Important?

The Kyoto protocol is an agreement signed among internal leaders to tackle the highly complicated subjected of environment. The agreement was signed on 11 December 1997 with a commitment to reduce carbon dioxide (CO2) and Greenhouse gases (GHG) emissions. The agreement chiefly enforced the developed nations to lower their industrial emissions annually.

The agreement was much needed for the climate environment as the greenhouse gasses emissions threatened to disrupt the climate completely. It was around this time when environmentalists urged the world leaders to sign the treaty, this agreement was signed and named Kyoto Protocol.

The agreement still exists today, and multiple countries are bounded by the agreement. 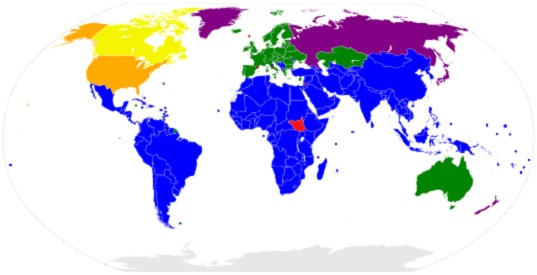 As the environment globally was being threatened, the United Nations Framework Convention on Climate Change (UNFCC) brought in a resolution to impose restrictions on developed nations. These countries signed an agreement where the leaders agreed to reduce industrial emissions yearly.

This agreement was signed in Kyoto, Japan and hence the name of the agreement as Kyoto Protocol. BY the year 2005, the United Nations General Assembly also adopted the agreement.

Comparing the Responsibilities of Industrialized and Developing Countries

Kyoto Protocol was lenient on the developing nations as they recognized the need for them to boost their economy. Countries such as India and China were exempted from the tough rules completely but developed nations were asked to reduce Green House gas emissions as they were the main contributor to pollution.

Kyoto Protocol – Complications with the United States of America

Even though the United States ratified the original Kyoto Protocol in 1997, the country pulled out of the protocol in 2001.While the agreement still exists, there has been a fluctuating relationship of Kyoto Protocol that depended on the American President.

While President Barrack Obama was vastly supportive of this law. His successor, Donald Trump was against this agreement and was an aggressive opponent of the treaty. After he became the president, he pulled out of the Kyoto protocol in the year 2019.

The United States of America and Canada have said that the treaty puts lots of pressure on the developed countries and would hamper their economy and growth. For this reason, these two developed nations have not ratified the treaty.